BreachLock is at the forefront of cyber-security technology. We speak to Seemant Sehgal about the firm as it is awarded the title of 2020’s Most Promising Security Testing Solutions Provider.

The BreachLock platform leverages both human-powered penetration testing and AI-powered automated scans to create a powerful and easy to use solution that delivers continuous and on-demand vulnerability management. BreachLocks’s modern SaaS-based approach redefines the old school and time-consuming pen test model into fast and comprehensive security as service. As a result, CIO’s and CISO’s get a single pane view into their application and network security posture. The BreachLock platform facilitates collaboration between your DevOps and BreachLock security researchers empowering them to fix security gaps at the speed of business. Founder and CEO, Seemant Sehgal, tells us more about the firm’s objectives.

“BreachLock is on a mission to ensure all SaaS businesses have access to Affordable, Smarter and Scalable Cyber Security Testing,” he explains. “This is the only way we can help secure both consumers and businesses and eventually our human society. Since our inception, we have focused on the SaaS market as our target audience. As most of our clients are from B2B SaaS space they like the fact that BreachLock offers its services in SaaS format.”

The company enables the clients to request and consume a comprehensive penetration test with a few clicks. It has a unique approach that aligns the industry’s best practices that utilise manual as well as automated vulnerability discovery methods. Seemant embellishes on how the system actually works and what that means for the end user.

“We execute in-depth manual penetration testing and provide you with both offline and online reports. We retest your fixes and certify you for executing a Penetration Test. This is followed up with monthly automated scanning delivered via our platform. Throughout this process, you have access to our SaaS and our security experts for any support needed to find, fix, and prevent your next cyber breach.”

BreachLock has been climbing the stairs of success and, in a short period of time, has become the prominent player in the vulnerability management market. Keeping the success rate constant and delivering the best quality services, BreachLock is focused on strengthening and innovating AI and ML capabilities.

“It’s much more than a job here at BreachLock,” enthuses Seemant. “We believe hacking is a ‘mindset,’ not a skill set. We hack, research, and build solutions that push human hackers to find new ways to break and secure technology. We feed “AI” and don’t fear it. We coach, train, and learn from each other. We reward the worthy and respect the right attitude over a shiny resume. These are a few attributes that summarise BreachLock culture. This also helps us attract and retain the right talent.

“This might be a game-changer and will revolutionize how people look at cyber resilience today. Ultimately, we aim to enable businesses to test their cyber resilience in a faster, scalable, and more affordable way in 2020 so that these businesses can keep their data safe.” 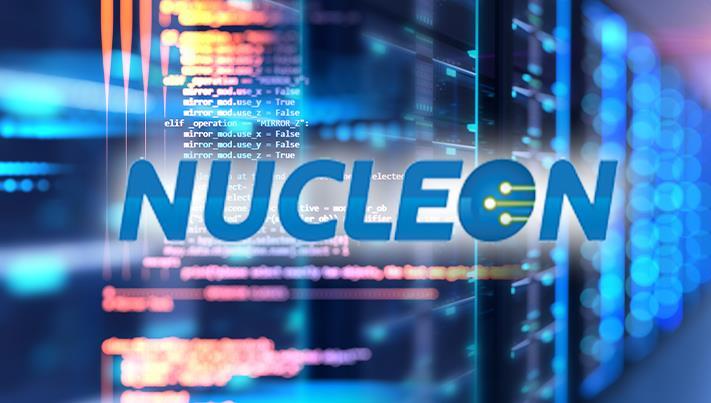 With advancements in almost every sector across the world, the need for cybersecurity has never been higher. This new decade will see the emergence of new technologies and developments, with firms such as Nucleon Ltd leading the charge. Already named as 2020’s Most Innovative Cyber Intelligence Solutions Provider, we profiled the firm to learn more about its success and future plans.

Founded in 2016, Nucleon’s singular aim is to provide outstanding and actionable cyber intelligence for organizations across the world. The firm specializes in collecting and analysing current threats on the Internet, and helping organizations and governments deal with them through a variety of proactive technologies and cybersecurity tools. These tools can then be used in conjunction with existing cybersecurity measures to successfully defend against both new and emerging threats from across the cybersphere. Since being chosen amongst the top ten most innovative start-ups to watch out for in 2019, the firm has grown to expand its offices in Israel, America, and The Netherlands.

What started as extensive research and development in 2014 has since evolved to become one of the frontline defenders in the cybersphere. As data becomes one of the most sought-after and valuable commodities in the world today, protecting it has also become a lucrative industry. Clients including governments, organizations, businesses of all sizes, banks, ISPs, telecommunication companies, and software vendors are all
getting involved in the world of cybersecurity. Many are either looking to protect their own assets, or offer Nucleon’s technology as part of their own service.

Nucleon’s technology and list of patents includes some of the most innovative ideas currently being developed in the industry. In 2017, the firm filed patents for polymorphic sensors, a fantastic tool in the ongoing defence against cybercrime. Operating similar to an advanced style of digital honeypot, polymorphic sensors are crafted to look and act much like real networks in use across many banks, municipalities, airports, and other major service areas. As part of the mimicry, the polymorphic sensors appear to show vulnerabilities that can be exploited by cybercriminals.

However, the beauty of the sensors that Nucleon have been instrumental in developing, is their malleability and polymorphism. As it begins to detect and learn more about the digital threats swirling on the cybersphere, the polymorphic technology behind the sensors then allows them to change or replace key information. What once was mimicking a network for a bank in one continent, could suddenly change to become a network for an airport on the other side of the world. Its true identity is never revealed, and the sensors continue to gather valuable and actionable data in the fight against cybercrime.

2019 saw the expansion of that innovation, as the firm developed and deployed hybrid cyber intelligence sensors that are engineered to collect information from mobile networks. The newly developed sensors boast the ability to monitor attacks spread across SMS messaging and messenger applications on mobile. Whether the system is Android, iOS, or any other operating software, the firm’s innovation reaches across boundaries to protect all mobile phone users who simply want to keep in touch with friends and family.

Regardless of the type of sensors, be they polymorphic or otherwise, all data collected is transferred to a main system that is named Brian. Developed by Nucleon, Brian is a highly sophisticated cloud system that employs advanced machine learning and artificial intelligence technologies to conduct indepth analysis and verification of cyberthreats and malware. Collected autonomously and in real-time, Brian’s data is stored across multiple databases to
ensure maximum protection.

Another key feature of Brian is that every single piece of data is cross-referenced in a myriad of different ways using different algorithms. Rigorously testing every single piece of data that comes in from the sensors allows Brian and the team at Nucleon to search for relationships and connections between genuine threats, and those pretending to be. With Brian running completely autonomously, there is an ever-updating list of live indicators that show when a cyberattack may be imminent.
Brian’s primary aim is to continue actively monitoring, collecting, analysing, and prioritising data around the most serious cyberthreats on the Internet. By monitoring hundreds of networks and sensors, and compiling an ever-changing table of live threats, clients can take full advantage of knowing when the next distributed denial-of-service (DDoS) attack may come, and how serious the impact might be. That way, organizations can prepare and work to mitigate any impact to an absolute minimum, or even stop the attack entirely.

The skill behind the development of Nucleon’s services becomes even more apparent when Securing A Safer Cyber Future it is revealed that they can work passively, or easily integrated with existing security products that an organization is using. Easy installation and configuration enables clients to get up and running with one of the most innovative cyber intelligence solutions providers in the twenty-first century. A graphical, web-based dashboard provides clients with near-real time updates and alerts on the latest cyberthreats, whilst also ensuring that all data is saved and stored locally, and communication is secured and encrypted.

On top of the cyber intelligence solutions that Nucleon provide, the team is also responsible for regularly updating a blog and podcast. These resources are aimed at keeping everyone, from technical experts to non-technical business professionals, updated on all the latest developments in the world of cybersecurity and technology. Not only helpful for those who are working in the field of cybersecurity, these short blog posts and podcasts can ensure that regular people are made aware of issues that could potentially affect them in their day-to-day lives.

Ultimately, Nucleon has a vision of a world with completely secured networks. A world where people can focus on their lives,
businesses, and the things that matter most without worrying about cybersecurity. The firm’s outstanding innovation and unrelenting pursuit of realising that vision has firmly established it as one of the most exciting players within the technology industry moving into a new decade and beyond.