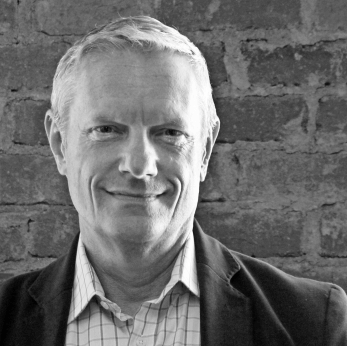 Peter is the new CFO of Nitro, a leading technology firm specialising in PDF collaboration software and e-signatures.

Prior to his recent appointment at Nitro, Bardwick was at Rocket Fuel, where as CFO he led the company to one of the most successful IPOs of 2013 and increased revenue from $40 million to $400 million during his three year tenure. Prior to that his career included stints with CBS MarketWatch, Citicorp and Salomon Brothers.

Bardwick believes that there are three factors inherent in making a good technology company, all of which are present at Nitro.

“If you think about what makes for a successful tech company, in my opinion, there’s three ingredients, one is the right people, and the second is the right product and then of course there’s the right timing in the market. I’m bullish on Nitro having all three. I think Nitro has got a great team that is very focused on executing and achieving their goals. A good product in today’s environment is one that people want to use and that makes their work life better.

Today’s employees want to think, not to be dragged down in mundane repetitive tasks that can be done better through technology and software. And we want to be on the forefront of the “consumerization of the enterprise”. If your phone or social media software is fun and intuitive, why shouldn’t your software at work be the same? Thirdly there’s market timing. Right timing is about having the right product when the market is thirsty for it. In 2015 that means having products that people can pick up and use easily. Right timing is also about the migration of software to the cloud, and corporate recognition of the opportunity to make their employee’s lives better and more productive. I like to say “it doesn’t matter how good the surfer is if the waves aren’t up.”

Rocket Fuel is perhaps Bardwick’s biggest success to date, being the fastest growing tech company in the US from 2008- 2013. During his time there the firm went from 120 people to about 1100, expanding from three countries to around 15, with Bardwick responsible for all the corporate infrastructure as well as capital markets activities, highlighting his driven growth focused strategy.

Nitro is in the midst of a growth surge itself, having raised a venture round late in 2014 and recently launching Nitro Pro 10, the latest version of their desktop offering, and Nitro Pro 10, a new SaaS document productivity solution. The new products pave the way for the San Francisco based company to build upon its cloud based products as customers grow increasingly accustomed to buying and using their software online

Having been responsible for two very successful IPOs and having raised almost $11 billion over the course of his career, Bardwick looks set to propel Nitro’s growth strategy forward using his fundraising capabilities and relationships. The company’s customers are looking to grow in parallel to Nitro, with the firm expecting to help their customers in their growth in order to accelerate its own. Nitro is also looking to expand their customer base by penetrating new and larger firms and provide them with products taking care of all their pdf requirements.

Bardwick is also responsible for the company’s internal IT systems, which he is currently integrating in order to reduce the amount of time that staff spend on spreadsheets and increasing the amount of time they have to spend on actionable information. He is a firm believer in clear, concise communication and will enable this throughout the company.

Being a successful investment banker has prepared Bardwick for the role, as it requires a good sense of corporate strategy, for example how the company and its products fit into the competitive ecosystem, and the potential opportunities and risks of certain strategies. Additionally it also gave Bardwick the skill to communicate these strategies and opportunities to potential investors persuasively.
Ultimately, Bardwick believes that his role is no longer limited to working in finance, with a much more business focused approach required to succeed in the role. He believes that in today’s tech environment, with a preponderance of younger and highly mobile employees, good leadership must focus both on achieving corporate goals as well as helping individual employees achieve their own goals.

“The CFO’s role has changed a lot in the past 20 years and I think especially for CFOs of growing tech companies. The focus has moved from simply closing the books and reporting the numbers to being at the table for strategic and resource allocation discussions. This is a much broader and more business focused approach. I think the most important quality in a good leader is to understand who you are. If you set out to try to be Steve Jobs you will surely fail. Many people have a model in their heads of great leadership, but don’t understand that they will fail in emulating a model that is inconsistent with their own core assets. This doesn’t mean they can’t be great leaders, they just have to do it in the context of who they are.” 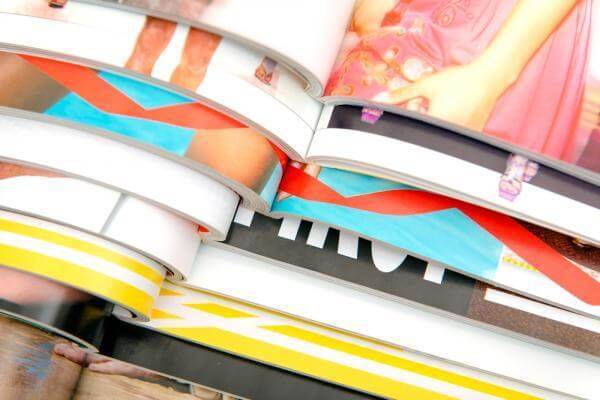 We have all read the articles stating “print is dead”, but it’s important to remember that we are physical beings who still crave physical communication. According to the Content Marketing Institute, two out of three marketing professionals now neglect to utilise print media as part of their marketing strategy. This means that they are missing out on great, valuable opportunities that digital marketing cannot tap into, thus limiting their success. As an example of this the biggest software firm in the world ‘Google’ still sends out printed direct mail to its Adwords users, highlighting the power of print.

So why is printing still important in today’s digitally saturated world?

Standing out from the crowd
With email marketing cluttering our inboxes on a daily basis, it is now more difficult than ever to ensure your business stands out from its competition. While this still remains a challenge, there is a huge gap in the number of businesses physically sending out printed marketing materials i.e. folded leaflets to potential clients. As a result, it is the perfect time to take advantage of the void by sending printed flyers and leaflets or targeting customers with brochure printing, which will prove to be a sure fire way to stand out from the crowd.

Maximising exposure
High quality printing maximises exposure and creates a lasting impact. Your customer can interact with print whenever they want, and at a time that suits them. Material can also be passed on to someone else who may be interested in your services, or picked up from a desk where it has been sitting for a while. Print marketing flairs up a genuine interest in your company without using disruptive techniques.

Flexibility
Printed flyers, Brochures, leaflets and posters work well as stand-alone campaigns, but they work even better when used in line with your online marketing efforts. Printing can be used in conjunction with your online tools to reach a completely different audience. Where some customers may see your current offers on social media or your website, others may not visit your online platforms at all. If this is the case, print is a great way to reach your whole customer base as well as potentially converting your offline customers to online (cross media marketing.)

Print offers credibility and legitimacy that digital can’t compete with. We inherently distrust much of the internet as we don’t know what is behind the webpage, especially after hearing of the horror stories in the media, couple this with the saturation of popups and banner ads on the web, which can be overwhelming and the fear of spam and viruses is enough to make people weary of clicking, there is no imminent danger of this in a print ad. Therefore we tend to purchase from websites that we know are genuine trustworthy businesses and print media reinforces that mindset and improves your brand trust level.

Print adverts are excellent for improving your brand awareness and solidifying your brand identity. Remember that your adverts should be consistent aesthetically in terms of fonts, colors and types of images to establish brand recognition and ensure that these are replicated in the digital marketing channels.

Placing adverts in printed brochures such as specialty magazines can effectively and cost efficiently reach niche audiences that may be more difficult to target online.

Consumers are more engaged when reading printed material, unlike websites, which are often skimmed in as little as a 15 second visit. A study shows that people read digital screen text 20% – 30% slower than printed paper. (Alshaali & Varshney, 2005).