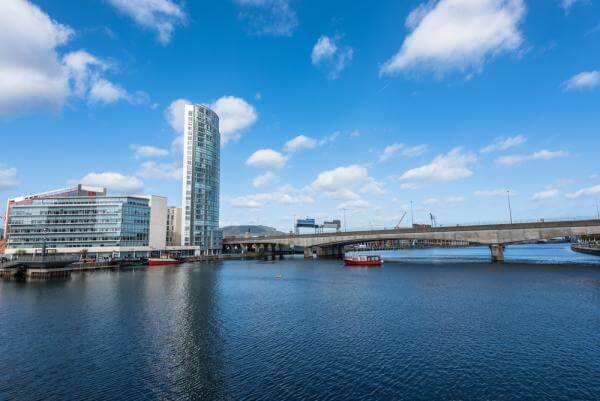 Engineering students from Queen’s University are hoping to set a new world record by building a 100ft footbridge made entirely from Meccano.

The temporary Meccano bridge is being built across Belfast’s Clarendon Dock.

It has been designed and built by a group of third year civil engineering students and school children.

It will be unveiled at a free public event on Saturday.

The year-long project is part of the university’s outreach programme to encourage more children to think about careers in STEM (science, technology, engineering and mathematics).

Representatives from Guinness World Records will be on site to confirm if the project has earned a world record for the world’s largest ever Meccano construction.

The project has received funding from the Department of Culture, Arts and Leisure, AECOM, Meccano and Queen’s Annual Fund.