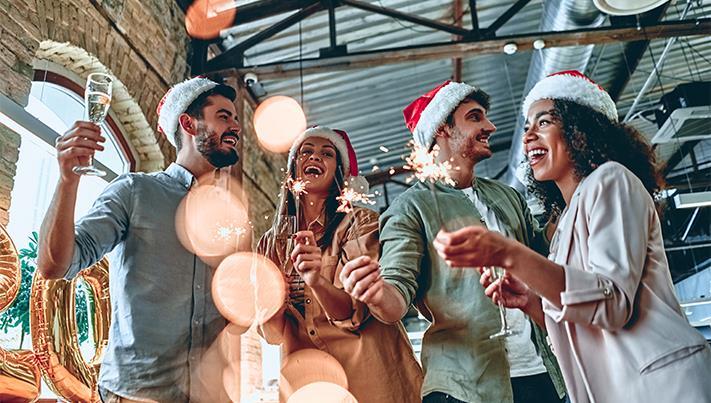 Uncertainty in the economy is hitting bosses Christmas party budgets.

Office Managers across the UK are either scrapping Christmas parties altogether or cutting budgets according to a survey by office provider Offices.co.uk.

Over half of bosses surveyed said they were spending less this year than last, and that’s not the half of it. Where Christmas parties are taking place some sound terrible – one party idea was limited to just a coffee and mince pie.

“We are aware of the unique set of challenges this year: Elections, Brexit and potentially long Christmas break – and it seems bosses across the country are seriously watching their Festive spending – but there is no need to be a Grinch”, says Jonathan Ratcliffe from Offices.co.uk.

Bosses worries are perhaps justified – Christmas Parties have become a huge risk – not only the financial risk, but that of staff misconduct and bad behaviour.

“We’ve had our fair share of problems at our own Christmas Parties, but we’d never cancel it all together” Ratcliffe adds.

The trend for parties to be moved to January seems to be hot, especially in retail – where the Christmas period is busy, or critical to businesses bank balances.

Lauren, Leeds “Our office manager is putting on coffee and mince pies. That’s it. We’re not even going for drinks this year!”.

Sofia, Shoreditch: “We were told that if we want decorations, that you can decorate your desk – however the office won’t have any decorations at all this year, not even a tree”.

Robert, Nottingham: “Bosses have told us that we are not have an official party, but that if you want to go for a drink then do that – like normal then?”.

Here are a few ideas for trimming down Christmas Party costs:

MOVE DATES: Banish staff January blues by having a fun January party instead

TEAM BUILDING: Incorporate some form of team building, like cocktail making or a team challenge

USE THE OFFICE: Turn a meeting room into a party room, and get pizza in

USE YOUR STAFF: Every office has a budding DJ, party organiser or chef – use free staff

DRINKS AND NIBBLES: £100 goes a long way in wine, orange juice and nibbles

“There is no need to spend thousands on a Christmas Party, but cancelling it altogether is seriously Scrooge-like!”, Ratcliffe concluded.