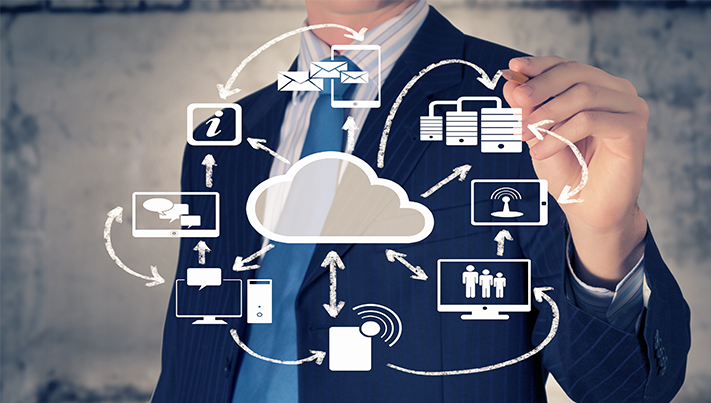 For the first time, a majority of companies are putting mission critical apps in the cloud, according to the latest report released today by Cloud Foundry Foundation, home to a family of interoperable open source projects for the enterprise, at its North American Cloud Foundry Summit in Philadelphia. The study revealed that companies treat digital transformation as a constant cycle of adaptation rather than a one-time fix. As part of that process, cloud technologies such as Platform-as-a-Service (PaaS), containers and serverless continue to grow at scale, while microservices and AI/ML are next to be integrated into their workflows.

“The vast majority of companies agree digital transformation is a constant process of incremental change, rather than a one-time initiative, and are realizing their long-term strategy must involve adaptation to a wide range of unforeseen challenges and technological changes,” said Abby Kearns, Executive Director, Cloud Foundry Foundation. “Although companies are starting to see the benefits of advanced cloud technologies, what’s coming next—artificial intelligence, machine learning and blockchain, for example—will continue to prove that the only constant in technology is change.”

Key findings from the report include:
Multi-platform strategy is flourishing: Almost half of respondents (48 percent) report using a combination of PaaS, containers and serverless technologies together—an increase of nine percent from last year’s multi-platform report. There are increases across the board in companies using a combination of all three technologies in various iterations, with 72 percent using PaaS and containers together (+8%), 50 percent using PaaS and serverless together (+7%), and 49 percent using containers and serverless together (+7%).
Container usage widens: Among companies using or evaluating containers, there has been substantial growth in the number of containers used. Organizations using 100 or more containers has grown from 34 percent in April 2018 to 48 percent in February 2019. Among the IT decision makers surveyed, 62 percent report they expect containers to be mainstreamed at their organization within a year.

Serverless evaluation slows, but there is broader deployment among users: While there was a slight pull back in overall usage and evaluation since September, for those using and evaluating serverless, broad deployment doubled since last year—increasing from 9% to 18%.

Timeline to see digital transformation vary by region: North American companies are largely feeling the benefit of digital transformation or expect to in this quarter (49%), though slightly more than a third (34%) don’t expect to see benefits for a year or more. Conversely, a third of organizations in Asia expect to see benefits later this year while only 24% expect it to take over a year. More than half of European companies (56%) already feel the benefit or expect to this quarter, while a small percentage (19%) expect to feel the benefits within the year.

To receive a copy of the report, go here.

Since 2015, ClearPath Strategies, a strategic consulting and public opinion research firm, has
conducted Cloud Foundry Foundation’s Global Perception Study (GPS), a series of deep-dive
research on topics critical to cloud and developers. The results in this report come from the ninth round of this global quantitative and qualitative research in that series. The survey consisted of 501 interviews of IT professionals and execs, covering eight geographies (Canada, China, Germany, India, Japan, South Korea, the UK, and the US) and was offered in five languages corresponding to those geographies. The data was weighted evenly across three regions, Asia, Europe, and North America, to correspond with past waves of research. While margin of sampling error cannot technically be calculated for online panel populations where the relationship between sample and universe is unknown, the margin of sampling error for equivalent representative samples would be +/- 4.8 percent.

The sample was distributed across four major ITDM roles and the proportions were weighted to reflect consistency with past GPS waves. The breakdown of roles is as follows: Dev/DevOps (30 percent), Ops/Architect (30 percent), CIO/CIOs/Line of Business (25 percent), and IT Managers (15 percent). This mix of company size is as follows: 32% SME (less than 1K employees), 68% Enterprise (1K+), 25% Large Enterprise (10K+). To ensure the highest quality respondents, surveys include enhanced screening beyond title and activities of company size (no companies under 100 employees), cloud IT knowledge, and years of IT experience.

Cloud Foundry is an open source technology backed by the largest technology companies in the world, including Dell EMC, Google, IBM, Microsoft, Pivotal, SAP and SUSE, and is being used by leaders in manufacturing, telecommunications and financial services. Only Cloud Foundry delivers the velocity needed to continuously deliver apps at the speed of business. Cloud Foundry’s container-based architecture runs apps in any language on your choice of cloud — Amazon Web Services (AWS), Google Cloud Platform (GCP), IBM Cloud, Microsoft Azure, OpenStack, VMware vSphere, and more. With a robust services ecosystem and simple integration with existing technologies, Cloud Foundry is the modern standard for mission critical apps for global organizations.

11
We use cookies on our website to give you the most relevant experience by remembering your preferences and repeat visits. By clicking “Accept All”, you consent to the use of ALL the cookies. However, you may visit "Cookie Settings" to provide a controlled consent.
Cookie SettingsAccept All
Manage consent