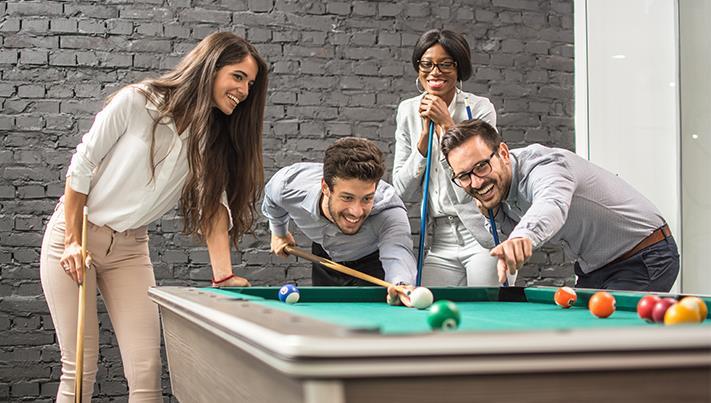 But most business leaders say they don’t invest enough

Business leaders say that company culture is the single most important factor that contributes to their success—though most say they don’t invest enough in it.

According to the new Juicy Fruit 2 report released by creative management consultancy B&A, 73 percent of senior business leaders agree that culture is central to success when all factors affecting success are taken together.

The report found that culture is valued most of all when businesses are struggling, ahead of client or customer relationships (18 percent), and quality or performance of the product or service (13 percent).

B&A, which advises Google, Nike and Beats by Dre, spoke to 60 senior leaders at for-profit and not-for-profit companies in Europe and North America together employing more than 500,000 people. It found that business leaders think they should do more to improve their culture, citing its impact on staff retention, communication and happiness across the workforce.

Although the vast majority (82 percent) of businesses had invested in culture, 60 percent of them believed they were not investing enough, blaming perceived cost and the time needed to effect change.

“This time we went deeper. In Juicy Fruit 2 not only did we find that, overall, culture is now rated number one by leaders as a contributor to success, but we also have an idea of what business leaders do to develop their cultures.

“What’s clear is there’s still a gap between the importance they put on culture and the level of investment they devote to this business driver.”

Companies in North America appeared to take business culture more seriously than their European counterparts, with 75 percent saying they had a dedicated culture budget. In contrast, just 33 percent of European businesses said the same.

The report also found that, to businesses, poor staff retention was the clearest indication that their culture was under threat. Twenty-four percent of business leaders interviewed said that their main investment in culture was in staff development, followed by better means of communication (18 percent), diversity and inclusion programmes (12 percent) and health and well-being (9 percent).

“Ping pong ain’t it. Neither is a free coffee. Leadership is what ultimately drives culture.

“This report demonstrates the importance of leadership in creating culture and the right kind of culture: the kind of culture that matters. Culture impacts society, culture changes lives and impacts the way we interact. It is no small thing.”

Just over half (55 percent) of all respondents had invested in tracking the health of their culture over the past year. The remaining 45 percent either didn’t know or said they did not track their culture.