Home > Jump start your career: A guide to the jobs you can do using your car

Jump start your career: A guide to the jobs you can do using your car 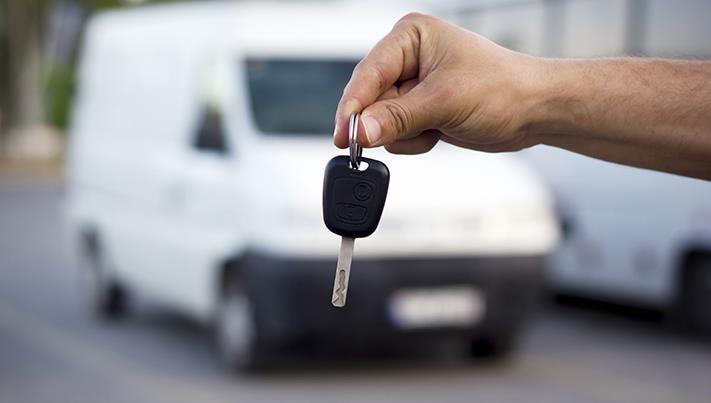 If you’re hoping to change careers in the New Year, there are a vast number of opportunities available to you if you own a car. Whilst many of us use our vehicles simply to get from A to B, not everyone uses their car for leisure purposes. For some, owning a vehicle is the key to earning money and achieving career success. To demonstrate the different career opportunities available to drivers, we’ve teamed up with Grange vehicles, retailers of used Land Rover and other prestige models:

The UK is currently experiencing a record shortage of skilled plumbers and other tradesmen. The trade association warned last year that the skills gap is driving up wages, which is squeezing many businesses already facing high material costs – your country may need you, and you can run your business from your own vehicle, or van. You’ll require a particular set of skills and industry recognised qualifications, but once you have them under your belt, you can run the basis of your business from your vehicle – you’ll need your vehicle to get you from job to job.

Total Jobs lists the average salary for a qualified plumber at around £31,787.

During April and June 2017, there were 546,608 theory tests taken and 485,148 practical driving tests conducted, showing an increase of 7.6% respectively on the previous year, and a 49.2% pass rate. If the level of tests continues to show growth, it’s likely that driving instructors will continue to be needed to meet demand. As of 30th June 2017, there were 39,373 approved driving instructors across the UK. You’ll require qualifications to run a driving school from your vehicle, and especially for car driving lessons, your vehicle will require dual control modifications.

Totaljobs lists the average salary of a driving instructor at around £42,500.

We are an interior design loving nation – did you know that Brits decorate their homes over 40 times on average during their lives? As trends come and go each year, a painter and decorator is likely to always have work on with home improvement projects typically taking around 18 days to finish. You’ll most likely need a larger vehicle, such as a van or 4×4 where the seats can be put down as you will need ladders and a pasting table if you are going to offer wallpaper services, in addition to your other tools and equipment.

The average salary for a painter and decorator is listed as around £26,000, with Hampshire noted as the highest paying area for jobs of this type.

With the rise in next day and same day deliveries, there is an evident demand for more delivery drivers. With 87% of Brits reportedly either sent or received a parcel in the six months leading up to July 2017, a career as a courier is one that is likely to keep you very busy – and of course, you can run it from the comfort of your own vehicle, whether that’s a van, small car or 4×4.

According to Total Jobs, the average salary for a delivery driver starts at around £21,000.

Uber is now a globally successful business available in more than 700 cities all over the world. Last year, the service acquired over 40 million active monthly users, and with over 20 million rides in London alone since 2012, growth is expected to continue. There are currently over 1.5 million Uber drivers worldwide to which 25,000 of those were registered to London alone. Whilst you will need to outlay some initial costs for a private hire licence and to ensure you vehicle is road worthy, alongside the appropriate insurance – the return could be worth it in the long run.

It is estimated that the average Uber driver can expect earnings of £15 per hour after the 20-25% service fee.

4
We use cookies on our website to give you the most relevant experience by remembering your preferences and repeat visits. By clicking “Accept All”, you consent to the use of ALL the cookies. However, you may visit "Cookie Settings" to provide a controlled consent.
Cookie SettingsAccept All
Manage consent