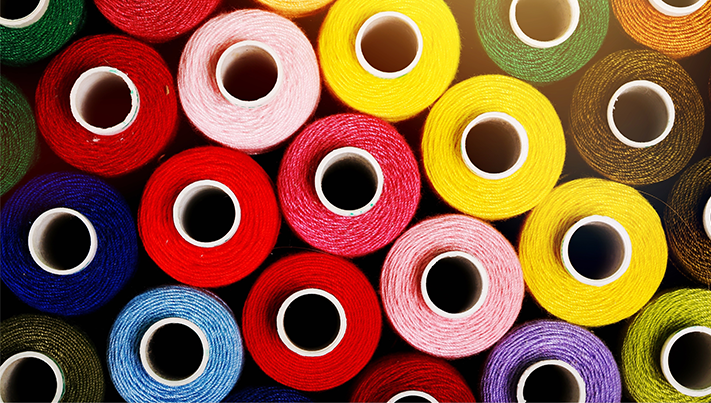 Aryaka today announced that Coats, the world’s leading industrial thread business, has selected Aryaka to streamline the performance of their business applications across its China sites.

Headquartered in the UK and with 19,000 employees across 50 countries, Coats has already achieved a 300% improvement in employee user experience since deploying Aryaka networking services. The company is addressing the challenges of connecting its locations in China to its European offices by replacing its legacy, underperforming MPLS solution with Aryaka’s global managed connectivity delivered as a service.

At a time when existing Multiprotocol Label Switching (MPLS) contracts came up for renewal, IT teams and executives at Coats agreed its existing MPLS solution was incapable of fully and reliably supporting new global applications such as Office 365, which is used by Coats across all of its worldwide sites.

“User collaboration tools are very important for Coats, as is our suite of business tools hosted online. China is a critical region for us and we needed a solution that could guarantee user satisfaction when accessing our online tools. Aryaka was the only provider that was able to optimise and compress the traffic to our critical applications both in the cloud and on hosted datacentre providing a simple design and fully managed service,” said Tania Sanchez, Head of Global Architecture, Coats.

The project was completed in partnership with Aryaka’s local German partner and official Microsoft Cloud Solution Partner, GAB Enterprise IT Solutions, which introduced Aryaka’s solution to Coats and managed the communication between the two companies during implementation.

Brought in to overcome the lack of reliability provided by existing MPLS technology, Aryaka’s global connectivity solution was given an inadvertent test run prior to the official project completion, when Coats’ MPLS network had performance issues in 2018. This saw all Coats’ network traffic automatically routed over Aryaka’s private, managed SD-WAN network with significantly improved performance compared to their legacy connections.

Coats thread is used to create more than 450 million pairs of shoes and more than 100 million car airbags every year, as well as support specialist textiles and clothing for the medical, health, food production, and personal protection industries.

“Integration with the mission-critical applications we rely on every day keeps our business running smoothly, and Aryaka’s services ensure employees in China have the bandwidth, speed, and stability they need to conduct business on a daily basis,” added Sanchez.

“Compatibility is critical,” Sanchez continued, “and Aryaka’s integrated security solution helped us seamlessly secure our networks, bringing the bandwidth to connect with cloud and cyber tools such as Azure and ZScaler.”

This critical work to Coats’ global network infrastructure signals completion of the first roll-out phase of new networking services which not only includes their Singapore location, but also offices in Hong Kong, Shenzhen, Shanghai, and the European data centre in Vienna.

“Coats has a long, rich history that includes being the thread of choice for Thomas Edison in his experiments to invent the lightbulb and being appointed the official thread supplier to the Royal Shakespeare Company. There’s no reason companies with this longevity should be held back by legacy infrastructure incapable of supporting business objectives in the 21st century” said Ian McEwan, Senior Vice President and General Manager at Aryaka.

“We are proud to be the wide- area network of choice for Coats and helping them embark on their digital transformation with a seamless global network delivered as a service.”