Home > Canadian CEO of the Month

Canadian CEO of the Month 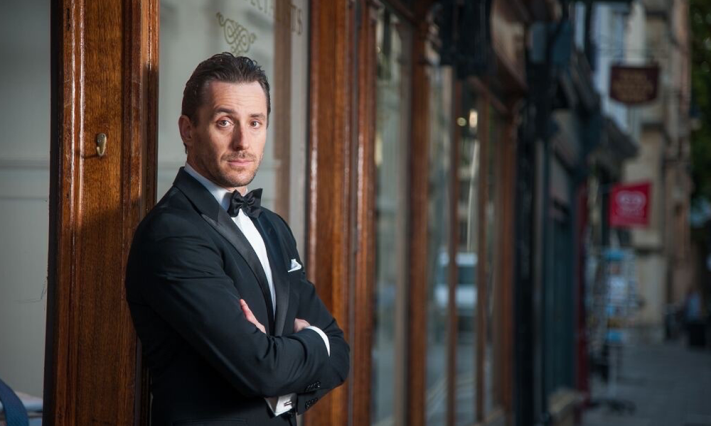 On winning the Canadian CEO of the Month award, Perry M. Anderson said he is “completely honoured and it is nice to be recognized for something that you are passionate about.” We caught up with him to find out more about Quadra Global Capital Corp™ and his individual style of leadership.

In a world where you are only as good as your last deal, Canadian investor Perry Anderson seems to have found a formula. With the last technology company he backed achieving 70,000% in revenue growth since his investment, we tend to agree!

“Playing a lot of chess growing up has always taught me to think several moves ahead and that has translated into the world of business,” say Perry Anderson, the CEO of Quadra Global Capital, a private equity and investment firm headquartered in Vancouver with offices in Mayfair in London.

With an MBA from Oxford, Anderson founded Quadra in 2002 in Vancouver and has been quietly snapping up some of Canada’s most prolific residential assets on both sides of the country from the Shangri-La Toronto, Shaw Tower, Shangri-La Vancouver and the uber-exclusive Fairmont Pacific Rim.  “We saw where the proverbial puck was going,” says Anderson. “Geo-politically and economically, Canada is deemed to be stable, the currency is favourable and capital is moving in. We raised a lot of capital and backed the right developers,” concludes Anderson.

Quadra has parlayed its real estate success into corporate stakes in North America and UK based companies in technology, oil and gas, manufacturing, media.  In 2008, Anderson backed Avigilon (AVO: TSE), a Vancouver based security surveillance company through to IPO and realized a 31x return on invested capital. The company was ranked by Deloitte as one of the fastest growing technology companies in North America. “Our investors did very well,” Anderson said with a smile.

Understanding the global demand for security, Anderson, in 2014, acquired the patent and IP rights to cyber-security technology from Oxford University which was built for and invested into by the Ministry of Defence and the US Navy. He has since launched OxCEPT, an authentication and encryption company which is set to commercialize this technology. He is also the first MBA student from Oxford to ever launch a technology company spun out of Oxford University.

“We have a patented solution to a problem that has yet to be solved ubiquitously. The market is very fragmented and we are well positioned to capitalize on this,” say Anderson confidently.

If past performance is any indicator, we wouldn’t bet against him!

On the essential qualities for a CEO, Anderson says this comes down to four factors. “The physiological ability to operate with very little sleep,” Anderson said with a chuckle. “The second is the ability to absorb risk. The third is an ardent belief in your team and their ability to execute. The fourth is be contrarian and take a left when everyone else is going right.”

‘In terms of leadership style Anderson says, “I believe today’s CEO’s should play the role of an ‘enabler’ give his team the tools they need to do their job properly.” I feel it is important to explore the team I serve and to understand what motivates them, inspires them and drives them.”

In terms of the career decisions Anderson might made differently if he was starting out again today, he reveals that he is not sure he would have taken a different route. “Completing an MBA from Oxford has provided a solid foundation for business” he explains. “I have been fortunate to have travelled the world extensively and have friends and close contacts across the globe. There were certainly missed opportunities along the way, but those were also times that provided for growth and experience gained to chart the course that I did” he adds.

In closing, Anderson reveals what motivates him in his current leadership position, he remarks, “I suppose I just like to be curious and I read widely. A lot of what people call intelligence boils down to curiosity.”