Home > Innovation Is More than a Buzzword

Innovation Is More than a Buzzword 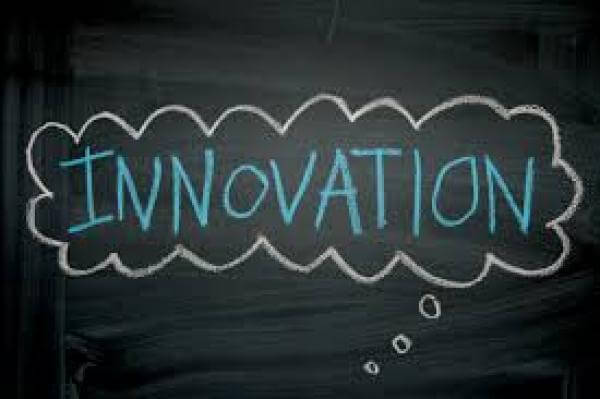 Consumers Are Willing to Pay 21% More for Innovative Brands Mainland China and Hong Kong Consumers More Likely to Pay a Premium for Innovation.
The term “innovation” is so frequently used in marketing that it risks losing its value as a motivating brand attribute. Yet a new study by global communications firm Ketchum shows that innovation still has a major effect on purchase decisions, brand preference and product pricing.
The 2015 Ketchum Innovation Kernel Study, the first multi-country survey to calibrate the importance of innovation as a brand attribute, shows that 68 percent of consumers are willing to pay on average 21 percent more for a brand they consider innovative. Of the more than 4,000 working adults polled across the United States, United Kingdom, Spain, Mainland China and Hong Kong, nine in 10 also say that innovation is important to their brand preference.
“The good news is that innovation has not been reduced to a meaningless buzzword – it still has the power to influence corporate and brand reputation and even command a higher price at the checkout counter,” said Susan Butenhoff, partner and director of Ketchum’s Global Technology Practice. “But companies that want to tell their innovation story need to know that in the eyes of the consumer, innovation must be earned, not bought.”
According to the survey’s findings, influencers play an increasingly significant role in shaping perceptions of innovation. When consumers were asked where they get their trusted information about a company’s innovation, they ranked the top four sources as professional reviews (56 percent), media articles (52 percent), advice from friends and adult family members (48 percent) and social platforms (37 percent).
The term “innovation” appears frequently in taglines for companies across a wide range of industries, and in the fourth quarter of 2014 alone, more than 250 books were published on the topic of innovation.
The Innovation Valuation
Brands that communicate innovation effectively will reap rewards. More than half of respondents in every country surveyed said they were willing to pay more for a brand they consider innovative. This “Innovation Valuation” is amplified most in Mainland China, with nearly nine in 10 (89 percent) reporting they would pay more for a brand’s innovative product, followed closely by Hong Kong (80 percent). U.S. consumers were the second-lowest when it came to willingness to pay more for innovation, followed by the U.K. However, those U.S. respondents that would pay more would also be willing to pay the highest premium, at 25 percent.
Healthcare Innovation More Critical Than Computer Innovations
While some assume consumer electronics innovations capture the most consumer attention, the healthcare industry is actually rated the most important business sector for innovation among consumers in most markets, with 54 percent of those surveyed reporting innovation is “very important” in the healthcare space. The only exception is in Hong Kong and China, where consumers are most willing to pay a premium for computers and consumer electronic goods. The importance of innovation in healthcare also was the only category to intensify as consumers aged, growing 10 points from people 35 to 44 years old (54 percent) to people over 65 (64 percent) – a fitting trend among a global population that is living longer and experiencing more chronic diseases. Healthcare innovation is also more important to women (59 percent) than men (48 percent).
When those surveyed were asked to cite the most innovative companies, consumers unsurprisingly zeroed in on companies in the computer and consumer electronics sectors, but they also identified brands in the music, travel, small home appliance, sporting goods, apparel, and automotive industries.
“With the maturing of the technology market, innovation is crossing category boundaries, “said David Vindel, managing director of Ketchum’s European Technology Practice. “It is increasingly as much about enhancing lifestyle and convenience as it is about the product features and function.”
Asian Markets View Innovation Differently
Hong Kong and Mainland China stand out from the other surveyed markets in their differing views of innovation:
• While healthcare came out at the top for importance of innovation among most markets, innovation is more important in computers for Hong Kong and China
• While globally, consumers typically expect companies to innovate whenever new advancements become available (47 percent),Hong Kong consumers expect new products every year (30 percent) and upgrades every six months (28 percent)
• Eighty percent of Hong Kong consumers and 89 percent among China consumers are willing to pay more for brand innovation – which is significantly higher than consumers in the U.S., U.K. or Spain
• Trust in and use of professional reviews is notably higher in Mainland China than in other markets, with the exception of Spain, in which professional reviews also ranks high
• Social platforms are the most frequently consulted channel in Hong Kong and are used at a similar rate to professional reviews
• In Mainland China, sources of trusted information are divided nearly evenly among professional reviews, media articles, advice from friends and family, and social platforms
Five Rules for Today’s Consumer-right Innovation
Based on consumer responses, companies may need to rethink their past innovation best practices. Ketchum’s experts offered five new ways for these companies to thrive:
• Don’t rush to market. First to market is no longer the expectation; consumers prefer a pedigree of proven success.
• Innovation credibility should be earned, not bought. Educate the influencers with the most clout: product reviewers and journalists.
• Looks matter. Innovation is now as much about the design as it is the technology.
• Think big. Consumers would rather wait longer and get meaningful advances than see frequent releases of minor upgrades.
• Go beyond early adopters. Technology has become mainstream and so has the lure of innovation.