Home > The Science of Team Building

The Science of Team Building 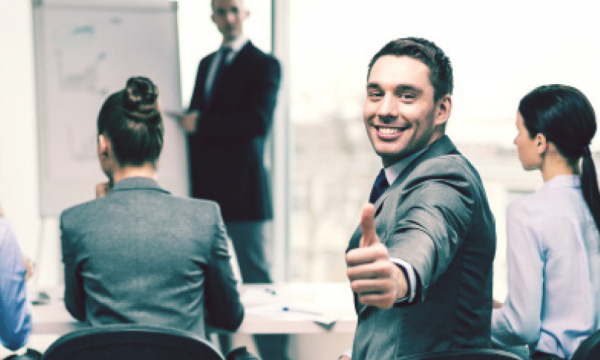 Tom Marsden, CEO of people analytics company Saberr, discusses why being in the right team is critical to maintaining employee well-being, and how companies can apply this science to their own teams.

Relationships are the real motivator at work
It might be surprising that for many, money is not the key motivator in life or even at work. Studies show that one’s social fabric is the real key to achieving happiness.

Richard Layard, a leading economist from the London School of Economics, has written a book entitled ‘Happiness’, which challenges traditional assumptions about the real motivations in life. He concludes that the happiness of a country is measured not by a nation’s wealth, but by the quality of life experienced by its inhabitants – the two don’t necessarily correspond, indicating that people would be better off prioritising their relationships over their earnings.

The same trend was apparent in the workplace. Professor John Helliwell from the University of British Columbia concluded that trust was one of the most highly regarded values at work. Staggeringly, the research found that a one tenth increase in trust in management is equivalent to more than a one third increase in income.

In his book, ‘Drive’, Dan Pink also challenges the ‘carrot and stick’ approach to workplace motivation. Individuals are motivated by an innate need to direct our own lives (autonomy) to learn and create new things (mastery), and to do better by ourselves and our world (purpose). He adds that a key part of autonomy is deciding the people we work with – our team.

Despite this fast growing evidence that happy, productive individuals work within happy, productive teams, teams are often the forgotten force when it comes to maintaining employee well-being. What can we do about this?

Become active: how to manage your team design
Managers can become more thoughtful about team design. It’s becoming possible to be more scientific in designing compatible teams. Focus not just on skills but on personality and values. Up until now, managers have been too passive in team design. Judgments about whether an external hire will be compatible with his/her team-members are still being driven entirely by the gut. Even internal team formation with known parties is very reactive and unscientific. There’s not enough thought going into intelligent, compatible team design.

The increasingly available data around team compatibility provides an important perspective to get team design right. Investing the time, applying good judgement and leveraging data will help build a happy and successful teams. These are the engine rooms of great organisations.

Blur the boundaries between work and socialising at work
In a list of 19 daily activities surveyed in Richard Layard’s 2003 study, working ranks as the second least enjoyable activity (with a ‘happiness index’ score of 2.7) despite the average 6.9 hours per day spent in the workplace. Socialising at work ranks significantly higher (3.8).* How can this distinction be blurred?

An interesting case study was carried out by MIT’s Human Dynamics Laboratory, in which they advised bosses at a call centre to change internal timetables to allow all workers to take breaks at the same time. The increased opportunities for socialising meant that average call-handling time fell by 20% for low-performing teams and 8% across the company, thus increasing the company’s productivity. As a result of implementing this change across all 10 branches of the company, the manager forecasted $15 million per year in productivity increases.

There are also certain group dynamics that characterise high-performing teams; these include energy, creativity and shared commitment to surpass other teams. Gensler’s US workplace survey indicates that 67% of respondents felt they were more efficient when working closely alongside co-workers, while only 50% of workers believe that their current workplace design encourages innovation and creativity.

It’s time we started to engineer our workplace and work schedules to encourage networking and collaboration. The resulting effect will be an increase in well-being and performance.

Consider the skills of a good leader
“Strip leaders of the traditional tools of power and rely on facts to make decisions”. So says Laszlo Bock, Head of People Operations at Google in his recent book ‘Work Rules’.

How can leaders narrow this gap? A few steps. Connect the right employees with the right managers. Encourage managers to lead without exercising brute authority – great managers often listen a lot more then they talk. Managers need to be a part of the team they represent – first amongst equals.

The evidence speaks for itself. The more research that goes into developing our knowledge of the science behind well-being, the more proof that emerges: the happiness of our employees is dependent on the network around them at work.

There is great opportunity for companies to capitalise on the dynamics of their teams. To do this successfully, data – applied in so many other aspects of a corporate strategy – should also be applied to the teams that make up a company. Additionally, it is up to the individuals to invest in their own happiness and success, which means finding a suitable team in which to flourish.