Home > Banking for a New Africa

Banking for a New Africa

Ecobank is a modern pan-African financial institution providing financial solutions to businesses, governments and individual customers. From its inception, the Ecobank ethos has embraced a commitment to enhance economic development across sub-Sahara Africa 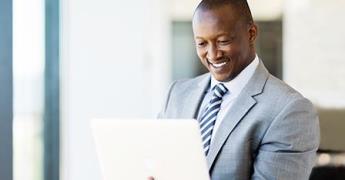 The pieces of an early Ecobank concept began to fall into place at a meeting of the Federation of West African Chambers of Commerce in Mali in 1972. Members at the meeting began to debate the idea of a private sector institution that would help facilitate trade in the sub-region. The next landmark date for Ecobank was the 5th of October 1985, when an agreement was reached with the Togolese government for the bank’s headquarters to be based in Togo.

While the 1980s were years of great political upheaval, with coups, civil wars and single party rule prevalent across a significant number of sub-Saharan African countries, the Ecobank Group opened branches in five African states within three years of its establishment in 1988. A second wave of expansion followed from 1997 to 2001, when the group’s coverage increased from five to twelve countries.

Ecobank Transnational Incorporated (ETI), a public limited liability company, was established as a bank holding company in 1985 under a private sector initiative spearheaded by the Federation of West African Chambers of Commerce and Industry with the support of the Economic Community of West African States (ECOWAS). In the early 1980’s foreign and state-owned banks dominated the banking industry in West Africa. Commercial banks in West Africa owned and managed by the African private sector were a rarity. Its founders created ETI with the objective of filling this vacuum.

The Federation of West African Chambers of Commerce promoted and initiated a project to create a private, regional banking institution in West Africa. In 1984, Ecopromotions S.A. was incorporated. Its founding shareholders raised seed capital for feasibility studies and the promotional activities leading to the creation of ETI.

In October 1985, ETI was incorporated with authorised capital of US$100 million. The initial paid up capital of US$32 million was raised from over 1,500 individuals and institutions from West African countries. The largest shareholder was the ECOWAS Fund for Cooperation, Compensation and Development (ECOWAS Fund), the development finance arm of ECOWAS.
Ecobank signed a Headquarters’ Agreement with the Government of Togo in 1985, which granted it the status of an international organisation. This status came with the rights and privileges necessary for ETI to operate as a regional institution, including the status of a non-resident financial institution. ETI commenced operations with its first subsidiary in Togo in March 1988.

It would have been hard to predict in the early days that the group would be running over 1,150 branches within 22 years and be widely acclaimed as the leading pan-African bank. By 2002, its consolidated balance sheet crossed the US$1 billion mark for the first time, and today
Ecobank’s offices serve over 8.4 million customers.

Ecobank has not only become a world-class institution, it is also a torchbearer for a new Africa. The bank has become part of the mainstream banking culture in 32 sub-Sahara African countries, and many believe that the Ecobank brand has become a dominant expression of banking for millions of people.

Innovative Technology and Branding Technology underpins the strategy of the group. The firm’s One Bank concept is a major initiative designed to ensure that the group operates to the same consistent standards in terms of processes and service delivery anchored on our technology platform. To this end, a Technology and Shared Services Centre has been built in Accra to centralize and standardize middle and back office operations across the group.

Its core banking system has also been upgraded to meet our higher operating standards.
While Ecobank’s 20,331 employees make the group the largest employer of labour in the financial sector in Middle Africa, the bank operates as One Bank with common branding, standards, policies, and processes.

This makes for consistent and reliable service to over 10 million customers across this unique network of 1,265 branches, 2,690 ATMs, and 13,800 POS machines. The bank runs an integrated information technology platform, with all of its operations successfully migrated onto a single core banking application: Oracle FLEXCUBE.
Business Segments The Ecobank Group is a full-service bank focused on Middle Africa. It provides wholesale, retail, investment and transactional banking services to governments, financial institutions, multinationals, local companies, small and mediumsized enterprises (SMEs) and individuals.