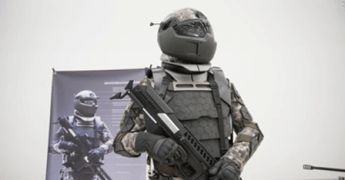 “Such a concentration in expertise provides a basis to work at the cutting-edge of technology, and even ahead of the curve with an eye to the future. We are confident we have created such a noteworthy center because the NUST MISIS team and those who cooperate with the University are at the forefront of their fields and have repeatedly demonstrated their immense capabilities during previous projects. This means that the Center’s team hasn’t been formed from scratch or without reason, so our confidence is not merely bravado but a huge step forward with a solid grounding,” mused Arkady Dvorkovich.

The NUST MISIS Center for Industrial Prototyping of High Complexity is a multi-purpose, modern, high-tech digital laboratory for the creation of functional industrial prototypes of high complexity for domestic industries. The Center’s high-tech equipment can generate, develop, calculate, and build sophisticated functional outputs for multiple sectors. The Center can develop a prototype of any complexity, from micro-elements to satellite or bioorganisms. There are no similar machines in such a configuration anywhere else in the world.

The Center has already implemented the following projects:

creation of the interior of a staff manned piloted transport space vehicle of a new generation jointly with the Korolev Rocket and Space Corporation Energia;
design, preindustrial preparation and manufacturing of the torch for the 2014 Sochi Winter Olympic Games;
creation of a new generation chair for astronauts jointly with Scientific-Production Enterprise “Zvezda” (Star Production Association);
development of a functional prototype of the lunar rover;
development of visual style and coloring of Superject-100.
On the day of the Center’s opening, NUST MISIS signed four agreements on the establishment of partnership projects with leading companies in different fields.

Kindergarten and grade school are the Center’s other important contributions to the development of engineering education in Russia. NUST MISIS has a tremendous amount of hands-on experience with young schoolchildren through hosting the ‘Kids Design Club’ for young technologist-dreamers. Additionally, new clubs for aeromodelling and robotics will be created on the basis of the Prototyping Center. Thus, the Center will be able to work not only with young scientists and engineers but also with schoolchildren and pre-schoolers.

“To train competitive graduates, we need not only a continuous integration of science, education & innovations, but also the creative environment which will allow us to most consider and develop the individual abilities of each student. We already use this approach at all stages of our work with schoolchildren and students, starting from middle school and ending with the creation of individual professional trajectories. Now we are expanding to elementary school and kindergarten,” said Alevtina Chernikova, Rector of NUST MISIS.

NUST MISIS is one of Russia’s most dynamically developing centers for research and education. Being among the leaders of technological education in Russia, NUST MISIS is also a large research center. In 2016, NUST MISIS strengthened its positions in leading international academic rankings, as well as entering the TOP-100 in the QS World University Rankings: BRICS and Emerging Europe & Central Asia. Also, NUST MISIS was the only Russian university included in T.H.E. World’s 20 Best Small Universities Ranking-2016. Now in 2017, the university has entered the QS World University Rankings by Subject and was featured in 4 of 46 subjects. NUST MISIS ranked best in Engineering-Mineral & Mining, taking 31st among all universities in the ranking, as well as scoring high in Materials Science, Physics & Astronomy, and Engineering-Mechanical, Aeronautical & Manufacturing.

The strategic goal of NUST MISIS is to become a global leader in the fields of materials science, metallurgy, and mining, as well as to strengthen its position in the fields of biomaterials and nano- and IT technologies by 2020. The University is comprised of 9 institutes and 4 branches – three in Russia and one abroad. More than 17,000 students are being trained at NUST MISIS. 29 laboratories and 3 world-class engineering centers, where leading international scientists work, operate at NUST MISIS. The University regularly and successfully implements joint projects with leading Russian and international high-tech companies.