Home > Avoiding Groupthink in the Boardroom

Avoiding Groupthink in the Boardroom 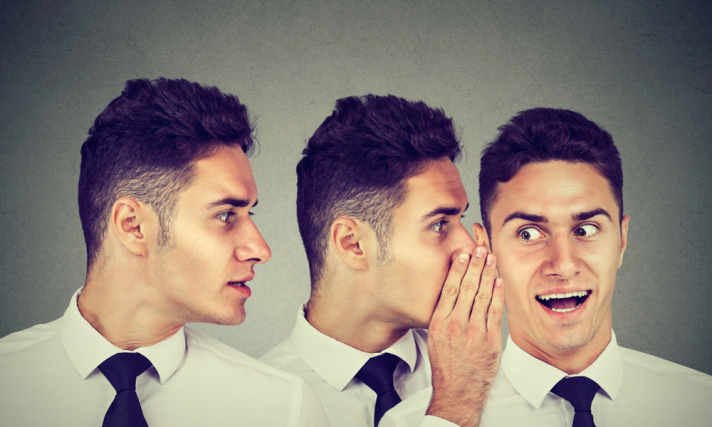 Avoiding Groupthink in the Boardroom

Corporate boards are entrusted to make sound and informed business decisions on behalf of their employees, shareholders and customers. However, many of the most historic governance failures have resulted from a dominant leader making a decision and those around them supporting it despite their own concerns. This phenomenon, otherwise known as groupthink, often only becomes clear with the benefit of hindsight, when it is all too late.

Take leading car manufacturer Volkswagen for example, shaken to the core after the 2015 diesel emissions scandal. Many have since claimed that it was groupthink that cost the company its reputation, with board members failing to speak up and fight back on the decision to take part in the scheme to sidestep pollution rules.

In recent weeks many concerns have been raised after the sudden departure of WPP’s Sir Martin Sorrell. The world’s biggest advertising company faces profound questions about its future direction, waving goodbye to a chief executive that not only built up the company over 32 years, but also was an incredibly dominant leader on the board during that time.

Over the years, boards can become stale and their members can begin to think in unison, failing to challenge ideas or opinions. It can be all too easy to think in this way without even being aware of it, which is why the key to fighting groupthink is preventing it from even happening in the first place. This may seem like a big task, but there are a few simple steps to take to secure the long-term future of a business.

Board members must be encouraged to critique ideas and be urged to challenge the status quo. This not only helps strengthen the business but also builds a greater sense of purpose and worth among board members themselves.  Greater creativity and enthusiasm at this level will also eventually cascade onto the teams below.

Challenging groupthink does entail conversations with opposing ideas, something that doesn’t always sit comfortably with business leaders when they are both giving and receiving the challenge. However, done appropriately and in a positive way, an aspect of constructive challenge is critical in these conversations and must be embraced rather than shied away from.

A business’s culture and bottom line performance is dependent on the conversations that go on behind closed doors in the boardroom. Good conversations between board members will unavoidably contain an element of positive conflict, helping to challenge thinking, provide opposing views and ultimately gather enough information to inform decisions.

A successful business leader must know their team and the way it works best, key to building a team that actively and positively pursues a goal. They themselves must role model the behaviours they want to see in their team and foster a healthy boardroom environment; one which embraces critical thinking and constructive debates.

Perhaps the best way of facilitating this is to diverge and then converge. Brainstorming methods often fail because when groups start throwing out ideas, they actually come up with fewer actionable ideas than if they had worked alone in the first instance. Board members should work alone first to consider problems and ideas, then return to the group to have discussions. This is healthy convergence and will facilitate a far better debate in the boardroom of contrasting ideas, led and managed by the chairman of the board. There is also no reason for these conversations to not take place out of the boardroom as often the best ideas come from a discussion in the coffee queue, or a chat by the printer.

A leader should ensure there is no feeling of a permissive culture in the boardroom. Sometimes there is such hierarchy in companies that some feel they can never challenge the ideas of others, let alone propose their own ideas. That is why the best boards are the ones that appoint a chairman to run meetings, rather than the chief executive who always falls into a trap of leading the discussion and making an overarching decision.

When constructing a board, experience and intelligence are key recruitment criteria. But while boards do not want board members with a groupthink mentality, there is too often a bias toward homogeneity. A lot has been said about the contribution of diverse boards to decision making and the impact this can have on company performance.

A board should reflect the diversity of its senior management, its employees, its shareholders and the communities in which their businesses are located. Both gender and ethnic diversity on boards brings competing standpoints and is an important protection against groupthink at the board level.

However, companies should also look beyond gender and BAME diversity. Creativity and perspective of potential candidates is something that can be too easily forgotten, but are also hugely important. People often say “hire for skill and fire for attitude”, when in fact the attitude and opinions of candidates should be considered from the very beginning too. Having a team with a dynamic mix of personalities, backgrounds, and interests is hugely beneficial towards creating multiple viewpoints, approaches to problems, and indeed, creative ideas.

A room of ten minds that think the same way and come to decisions quickly sounds like an ideal situation, but it is detrimental to a company’s future if it is impacting business decisions. A board simply populated by accountants, probably then not a good idea.

While a board may start out with differing opinions and views, it is very easy to fall into a trap of developing a homogenous mindset.  Working in the same industry, in the same jobs and for the same company can lead to a dangerously blinkered focus. This is one of the reasons why fixed terms for non-executive directors is vital and perhaps needs to be looked at in closer detail.

Another great way of avoiding this is to encourage members of the board to have role models or mentors outside of the business circle in which they work. Sports leadership is often a powerful analogy for analysing and interpreting business leaders’ behaviours, such as team work, motivation and people management. The best leaders in sport are highly skilled in self-analysis, emotional control, and maintaining mental clarity, all of which increases their ability to evaluate, comprehend and deal with specific situations.

To refresh and re-energise boards, some recruit one or two members from outside the company’s primary sector. Many businesses will not instinctively welcome this sort of ‘external’ oversight and challenge, but bringing in a fresh perspective is hugely valuable for the long-term health of a business – lending an independent and objective perspective to the board’s decision making. Prior experience of serving on a PLC board is, therefore, not a vital prerequisite to joining a board.

Groupthink is a hidden menace plaguing boardrooms across the country. Almost impossible to identify when you are a part of it, it is critical that leaders step back to consider whether their board is at risk of groupthink, putting preventative measures in place to prevent it from even happening in the first place. Tackling it successfully can give a valuable boost a company’s performance without significant capital expenditure, and as a result improve financial returns. This should be incentive enough to put this at the top of the list of priorities in UK businesses.