Home > 4 conferences that altered the world throughout history

4 conferences that altered the world throughout history 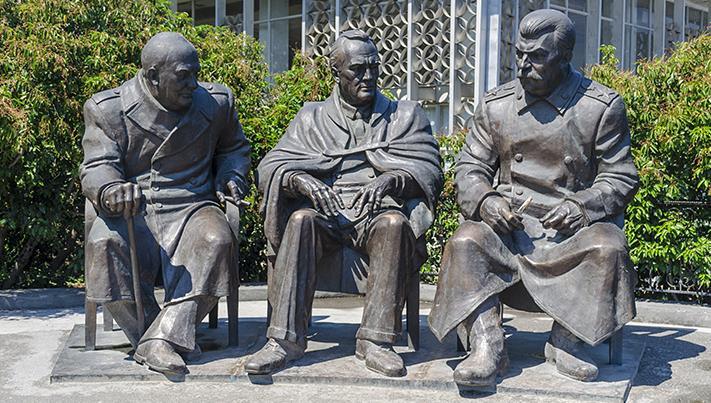 4 conferences that altered the world throughout history

Spoken word has the strength to challenge, inform, and share, and these values have been at the heart of conferences throughout time. While many of us might be unfamiliar with more niche, business-related events, some of the biggest moments of the world’s history happened at conferences, demonstrating how words have the power to inflict change and inspire listeners. Join leading conference venue Milton Keynes, Wyboston Lakes and take a look at this collection of some of the most prolific conference moments across time.

The Yalta Conference was attended by UK Prime Minister Winston Churchill, Premier of the USSR Joseph Stalin, and the American President Franklin Roosevelt, held in the final year of the second world war when an allied victor over Adolf Hitler’s Nazi Germany seemed likely. The conference venue was Livadia Palace in Crimea, an impressive setting which reflected the gravity of the discussions. The decisions made at the conference set a precedent for decades to follow, with some historians attributing it as a root cause of the Cold War tensions, while it also marked the creation of the United Nations (UN) and the establishment of democratic elections in the countries which had been held under Nazi control. The ‘big three’ made plans for the division of Berlin and the reconstruction of Germany as a whole. Assertions of power were made by the allied forces, and financial reparations were decided upon during the conference to cover the rebuilding costs following the intensity of the war.

More than 100 heads of state met in Rio de Janeiro, Brazil, to create a sense of co-operation on the follow up to the aftermath of the Cold War. Environmental issues and sustainability was a key focus at the conference, and it is often regarded as one of the first open points of discussion of climate deterioration and the risks associated with finite fuel resources. One of the most notable achievements of the discussions which spanned across 11 days was the agreement of the Climate Change Convention, which was intended to help reduce greenhouse gas emissions into the atmosphere. This went on to lead to the Kyoto Protocol and the Paris Agreement, in order to support the aims of the conference. The consequent Rio Declaration on Environment and Development report was produced, which included 27 principles that member countries were to follow to adhere to sustainability goals. One example was that companies who create pollution should pay for the damage that they were inflicting onto the environment.

In 1993, the first conference was held that focused on human rights since the end of the Cold War. The basic aim of the conference was to agree on set principles in relation to general human rights, yet certain countries handling of the matter was exempt from discussion due to prior arrangements which forbade their inclusion. While the conference used abstract examples, it provided reference to a range of genuine examples of contemporary human rights cases.

As a result, the Vienna Declaration and Programme of Action which outlined a declaration on human rights which lead up to the creation of the position of United Nations High Commissioner for Human Rights. The contents specified human rights as a universal standard and included topics like poverty, asylum rights, statements against racism, protection for oppressed groups, and the development of economic terms.  It also covered things like providing rights of education for children, basic nutrition, and clean water. The conference achievements marked the origins of the modern implementation of international human rights.

The current American President isn’t one to avoid controversy, regularly taking to Twitter to voice his opinions on pressing world issues — and he certainly doesn’t hold back either. However, at the UN general assembly in 2018, he faced his critics face on in the dreaded conference moment that nobody ever wants to have to endure. Trump’s typical appearances are controlled and infrequent, and on this occasion, he was also half an hour late for his slot. The contents of his speech were scattered with rejections of globalism, a value which is inherent to the UN’s core. Trump has been known to tear up convention, and instead of sharing in the UN’s signing of treaties he declared how many he had rejected in front of his fellow world leaders. Chuckles from the crowd are exactly what conferees hope to avoid, but they marked one of the most prolific moments in the history of the UN conference setting — the mocking of an American president.

As we’ve learnt, conferences certainly have the power to change the world and there is a lot of value in sharing and challenging ideas.