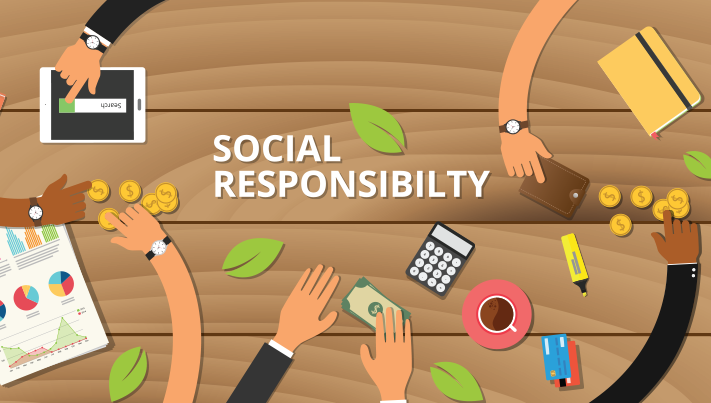 Becoming a conscience can be a lucrative business model, but as Harry explains, there’s more to being a caring company than simply picking an issue to stand behind.

Being ‘woke’ has become a by-word for identifying socially conscious millennials. But the term is increasingly being used to describe businesses that have built up a reputation for shouting loud about social issues. With brands like Nike and Gillette recently nailing their corporate to the flag, is it time for us all to consider a more socially responsible business approach?

The truth is that being a business with a conscience is nothing new. It dates back to the Roman when corporations were responsible for providing education, housing, employment medical services in their communities. In fact, it’s only in the last that corporate purpose has come to be equated solely with profit.

Ice-cream manufacturer, Ben & Jerry’s, is probably one of the early advocates of the more recent ‘woke’ approach, which seeks to find a balance between capitalism and corporate responsibility.

The firm has backed a wide range of social and environmental causes over the years, from marriage equality to climate change and politics. It’s known to pledge 7.5% of annual pre-tax profits to a foundation it set up to support social issues, the environment sustainable food campaigning.

In 2018, one week before the US mid-term elections, Ben & Jerry’s made a stand against President Trump’s perceived views on social values, humanity and the environment with the launch of a new of ice-cream controversially named ‘Resist’. The company wanted to raise awareness of, and challenge, the views of the president on these matters. But why would a business choose to back what could be a considerably divisive cause?

In the days following the release of the new product, Ben & Jerry’s stock reportedly increased by 4.74%. This could shine a light on why this socially focussed business approach has become such a fast-growing trend.

A report recently published by the US-based Institute for Operations Research and the Management Sciences appears to back this up by suggesting that companies with a social conscience have higher profit margins and more stable returns on their assets.

Take clothes company, Patagonia, for example. It has put some considerable corporate muscle behind the fight for environmental change, giving 1% of every year’s profits to environmental and last year donating a $10 million tax rebate to non-profit environmental groups.

The company set up programmes so that people can repair, trade in or recycle clothes and to help amplify the campaign, customers are actively discouraged from buying clothes they don’t need in order to reduce our environmental footprint. The result? Profits have reportedly quadrupled, generating revenues approaching $1 billion.

Few business leaders could have missed the media coverage of Nike’s recent partnership with the sportsman Kaepernick, the American football player who knelt during the national anthem to oppose racism in the US. The story was widely covered by both national and international news broadcasters, as well as a plethora of print and online media. This contributed to a suggested 31% increase in sales for Nike in the days after the advert featuring went live.

A campaign can make a real difference to a corporation’s bottom line, but it’s vital that the chosen activity really resonates with consumers.

According to one study conducted by the marketing communications firm, Shelton Group, 86% of people questioned said they believe that companies should take a stand on important issues. In addition to this, 87% suggested they would buy from a company that advocates for issues they care about.

And when businesses get it right, putting your reputation where your mouth is can be a great way to attract good quality employees, according to George Hoare, co-host of political podcast Aufhebunga Bunga. “What a brand stands for can be an important consideration for a millennial or Gen Z looking for the right to work for,” he says. “It’s not just about the pay package, an social purpose matters as well.”

But as Hoare points out, there are risks to speaking out about social change. Consumers are not easily tricked; they can tell when a brand doesn’t have the credibility to support a certain cause.

Crucially, businesses that want to nurture a reputation for being a corporation that cares need to ensure they what they preach, in everything they do.

One well-known supermarket recently took a stand against the use of palm oil by highlighting the negative impact of its production and distribution on the environment and publicly pledged to stop including it in their own-brand product range. They were soon the focus of widespread criticism after media stories revealed a number of own-brand products remained on their shelves containing the very oil they had taken a stand against. Whilst the supermarket argued that the products identified were old stock and stood by its claim that it was no longer making own-brand products containing palm oil, the situation was embarrassing for the business.

The partnership between Pepsi and Kendall Jenner is another example of how easily things can go wrong. This campaign featured an ad where the reality TV star offers a can of Pepsi to a police officer on duty during a protest. The broadcast resulted in wide-spread accusations across social media and other channels of a campaign that undermined the Black Lives Matter movement against social injustice. The ad was subsequently pulled and in the weeks following the controversy, it was reported that Pepsi saw its lowest consumer perception levels in nearly ten years.

So, what can corporations do to help them get the balance right between capitalism and corporate responsibility?

As the co-founder of a business and a charitable that’s part-funded from the businesses’ profit, this is a question that I have often pondered. In my view, to become a successful socially conscious corporation today, a business needs to take a long-term approach to social commitment, using its public profile, employee time and money to address the issues in question, and avoiding the temptation to focus on a single issue or trend.

Businesses can gain great strength and a truly loyal customer base when they have the courage to stand by the issues they believe in, they may not be the themselves. The line between authentic commitment to change and tokenistic gesture can be fine; so tread carefully. 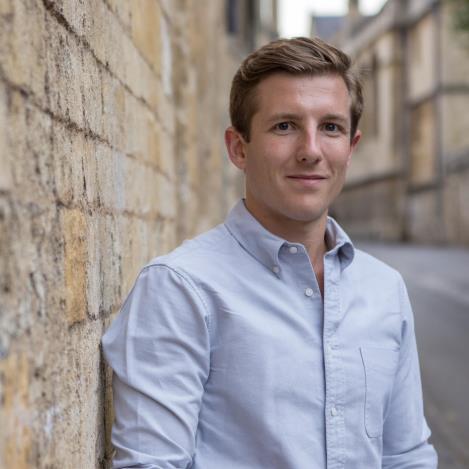 Harry is co-founder and director of Oxford Summer Courses, which gives students aged 9-24 the opportunity to learn at top universities over the summer, and the charity Universify Education, which runs programs to widen access to higher education.

1
We use cookies and tracking through digital fingerprints on our website to give you the most relevant experience by remembering your preferences and repeat visits. Your information may also be used for personalization of adverts on our website. You can learn more about how we and our 194 partners collect and use your data by reading our Privacy Policy and Cookie Policy. By clicking "Accept All", you consent to the use of ALL cookies and tracking. You may visit "Cookie Settings" to provide a controlled (limited) consent.
Cookie SettingsAccept All
Manage consent