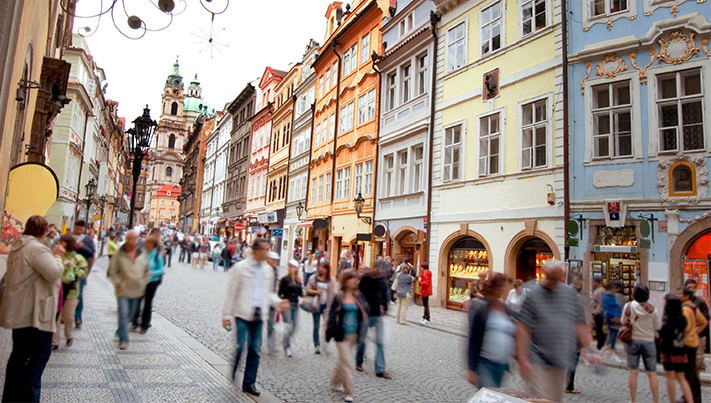 Although the high street has had a poor Christmas in terms of spending buyers have spent huge amounts online, a trend which should point the way for businesses and drive them online, as Staff Writer Hannah Stevenson investigates.

Christmas is always a key time for consumers, who spend the weeks leading up to the holiday purchasing presents and food, and the weeks following it buying discounted themed stock. It is usually one of the busiest times of year for the high street, but in a twist of fate physical shops have suffered poor results over the festive period, which online stores have seen a rise in traffic.

The latest Business Growth Expert’s Like for Like Retail Sales Index shows that total retail sales remained static in December at 0%, the worst Christmas for the British retail industry in a decade.

Despite heavy discounting, the Christmas spike in shopper activity that many bricks and mortar retailers have become reliant on failed to materialise. Business Growth Expert and Yomdel CEO, Andy Soloman, commented on the findings.

“While many bricks and mortar retailers would have been hoping for a Christmas miracle and an uplift in consumer spend over December, this has failed to materialise leaving many in a financially precarious position.

“Of course, Brexit is curbing consumer appetite to an extent, but a far greater hurdle for the Great British high street is how to remain competitive against the value of online retail while being squeezed from the other end via a hike in business rates and an ever-increasing wage bill.

“Now, more than ever, the retail sector needs to evaluate its consumer offering and how they integrate this with the changing face of the industry in order to create greater appeal, while streamlining operations and lowering overheads through the implementation of technology.

“Those that manage to do so will evolve and survive but unfortunately, 2019 is likely to bring further casualties as even our big high street names continue to struggle.”

Additionally, Macy’s, Inc. one of the USA’s premier retailers and owner of approximately 690 department stores under the nameplates Macy’s and Bloomingdale’s, and more than 180 specialty stores that include Bloomingdale’s The Outlet, Bluemercury, Macy’s Backstage and STORY, has reported lower than expected revenues over the festive season. Jeff Gennette, Chairman and Chief Executive Officer of Macy’s, Inc, explored how this has affected the company.

“We delivered our second consecutive year of positive holiday comparable sales, driven largely by the traction of our strategic initiatives: Backstage, Vendor Direct, Store Pickup, Loyalty and Growth50. We experienced another period of double-digit growth in our digital business and continued strength in the Growth50 stores. The holiday season began strong – particularly during Black Friday and the following Cyber Week, but weakened in the mid-December period and did not return to expected patterns until the week of Christmas. In the holiday period, we saw strong performance across a number of categories (fine jewelry, women’s shoes, fragrance, dresses, outerwear, active and home). This sales growth was largely offset by: underperformance of other categories (women’s sportswear, seasonal sleepwear, fashion jewelry, fashion watches and cosmetics); temporary fulfillment challenges following the fire in our West Virginia distribution center; and underestimation of the impact of changes to our pre-Christmas earn & redeem promotional event.”

“We are revising the guidance we provided in November and will continue to take the necessary steps in January to ensure a clean inventory position as we enter fiscal 2019,” Gennette continued. “Looking back at 2018, we met our goal of returning the company to growth. Our revised guidance is above the expectations we set at the start of the fiscal year, and we expect to deliver our fifth consecutive quarter of positive comparable sales, including ‘comping the comp’ of the 2017 holiday season. The North Star Strategy is gaining traction, and the entire organization is engaged and motivated to continue improving our performance in 2019.”

Meanwhile, according to Mastercard SpendingPulse™, which provides insights into overall retail spending trends across all payment types, including cash and check, holiday sales increased 5.1 percent to more than $850 billion this year – the strongest growth in the last six years. Online shopping also saw large gains of 19.1 percent compared to 2017.

“From shopping aisles to online carts, consumer confidence translated into holiday cheer for retail,” said Steve Sadove, senior advisor for Mastercard and former CEO and Chairman of Saks Incorporated. “By combining the right inventory with the right mix of online versus in-store, many retailers were able to give consumers what they wanted via the right shopping channels.”

“The App Store had a record-breaking holiday week and New Year’s Day. The holiday week was our biggest week ever with more than $1.22 billion spent on apps and games, and New Year’s Day set a new single-day record at more than $322 million,” said Phil Schiller, Apple’s senior vice president of Worldwide Marketing. “Thanks to the inspiring work of our talented developers and the support of our incredible customers around the world, the App Store finished off an outstanding 2018 and kicked off 2019 with a bang.”

These contrasting performances show that now more than ever businesses need to move online to truly compete in today’s corporate market. Customers clearly prefer the convenience of shopping online, particularly in the winter when the cold makes them reluctant to leave their homes. From offering services through apps to online shopping solutions, businesses across the corporate landscape should be exploring how they can move their services online to reduce costs on physical premises and increase sales.