Home > How is a tech accelerator in Worcestershire attracting international business?

How is a tech accelerator in Worcestershire attracting international business? 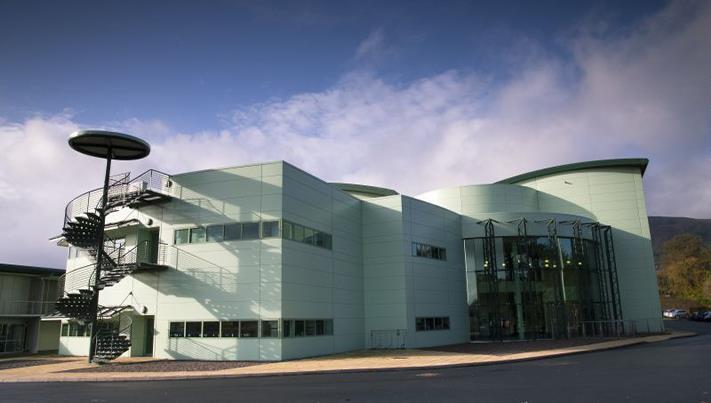 How is a tech accelerator in Worcestershire attracting international business?

Worcestershire in the Midlands is a hotbed for up-and-coming tech innovation. Last year, it was selected by the government to become a 5G testbed, putting the county ahead of the new technologies curve.

Earlier this year, Worcester Bosch became the first-ever British factory to benefit from 5G wireless access, thanks to the trial programme. While, in the meantime, the county was recognised as being one of the UK’s best locations for starting up new businesses. Worcestershire has one of the fastest-growing economies in the country, with 7,804 businesses formed last year alone.

Nestled in the heart of Worcestershire is BetaDen, which, in its own words is, ‘Worcestershire’s dynamic launchpad for tech entrepreneurs.’

As the county’s first ever dedicated commercial tech accelerator for entrepreneurs and scaleup businesses, BetaDen’s been breaking new ground from day one.

Its location, at the Malvern Hills Science Park, is particularly ground-breaking too, as it’s positioned within the 5G testbed; putting it at the cutting edge of testing and developing future technologies.

Aimed at providing a revolutionary platform for businesses to develop next-generation technology, such as the internet of things and industry 4.0, the tech accelerator has already made a significant impact on Worcestershire’s thriving technology skyline.

The first BetaDen cohort, which was launched in October last year, has been successfully delivered with six businesses being given maximum exposure within the rapidly-evolving technology ecosystem, and the insight and tools to carve themselves a new pioneering path within the sector. The first BetaDen trailblazers were Sidaway Technologies, Titania, Worcester Scientific, GBR14, Shedeo and Syndial.

With each new cohort of up-and-coming tech game-changers, BetaDen’s continuing to put Worcestershire on the global and international map as the epicentre for the future of new technology. And such is its success, that its impact is being felt far and wide among the tech ecosystem, not just in and around Worcestershire, but on an international scale.

One such company to have felt the county’s industry-leading ‘pull’ is Aspenify, which has developed a new software application that captures knowledge for re-use to support best practice and collaboration.

Run by brothers, Martin and Stephen Hanney, the software company was formed last year where most technology innovators start life, in Silicon Valley, California. Having reviewed the landscape, they were keen to take the next step and open up to the EU, US and Indian markets, and decided the best thing to do would be to expand its business in the UK, with Stephen running the US company and Martin managing the UK operations.

Having grown up in Worcestershire, Martin and Stephen were aware of the county’s, specifically Malvern’s, commercial qualities, which had considerably evolved over the years into the launchpad for new technology businesses, thanks to major developments, including the arrival of BetaDen, 5G testbed status and continued economic growth.

“I knew it was a good location, with a good reputation and being associated with the Malvern name would only be good for our business, as we try to grow our name, in the UK initially, and then beyond into Europe,” explains Martin.

Creating a new subsidiary in the UK, as Aspenify UK Ltd , Martin initially set up the company in London after incorporation. But shortly after visiting the Malvern Hills Science Park, Martin moved the UK registered office to Worcester, to facilitate the use of Malvern as its UK centre of operations.

“We now have that base of operations, a professional environment that provides us with not just a place to work from with resources at hand, but access to a group of people, who are willing to pass on their experience and expertise,” explains Martin.

“The mere fact that I can access rooms and show my customers a professional environment when training or even just having meetings, is invaluable. The Local Enterprise Partnership team’s always willing to help with networking opportunities and I’ve already made useful contacts through events that they’ve organised. A recent visit by the team from Maryland was of particular use, as I was able to make contacts that may be useful for my American colleagues as well.

“We were immediately impressed with what Malvern has to offer and the infrastructure that’s been created around it. When we were given the opportunity to use these facilities for 12 months, we didn’t need to think about it for long.”

If you’re a technology business interested in becoming part of Worcestershire’s thriving technology community, just like Aspenify have done, or for details about how you can apply to join BetaDen’s next Cohort, visit – https://www.beta-den.com/contact/