How to set achievable innovation targets 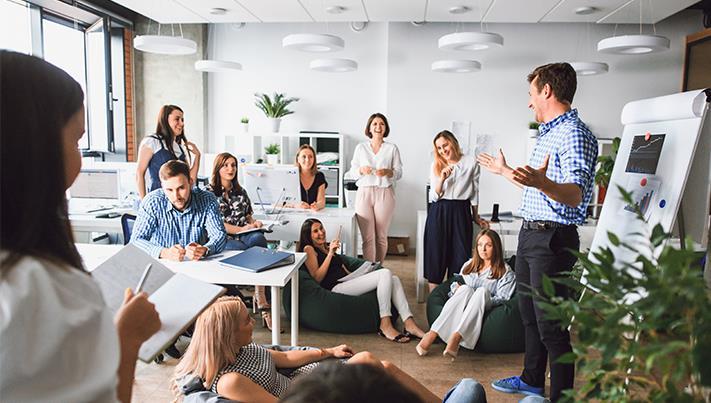 It’s not easy to create an innovation track record like Amazon or Google. But companies that hope to outperform their competitors and shake up their industries are pouring money into innovation programs – labs, hubs and design thinking tanks.

In research from McKinsey more than 70 percent of senior executives said that innovation is at least one of the top three drivers of growth for their companies in the next three to five years. Others saw innovation as the most important way for companies to speed up the pace of change in today’s business environment.

This focus on innovation is spreading into all areas of the business. Facebook CMO Antonio Lucio said, “Innovation is not one more thing that marketers need to do, innovation is the way that a marketer needs to think and behave.” And areas such as HR and finance are feeling the pressure to perform.

But even with execs feeling the love for innovation, that doesn’t mean it comes in a nice box with a neatly tied bow. One element we often struggle with is setting achievable targets. Now that business has moved into the digital world we’re able to measure and predict things like never before. This makes a lot of us very uneasy – especially in certain areas, such as marketing.

There’s a lot of things we do that, in the past, were impossible to measure. I remember sitting at my desk early in my career counting stacks of media clips to see how many times my employer was mentioned in the news. I took that stack and my freshly printed report to my CEO so I could prove that our branding budget was well spent. I doubt she truly understood the point I was trying to make, but more likely didn’t even know how to have a conversation about the pile of clippings that sat on her desk between her and me.

That’s not the case anymore. Ssssssooooo…..what holds people back? It’s not setting goals. In fact, I’d argue that setting goals may be one of the easier things we do. But it’s also something that we’re terrible at. Why’s that? Because we don’t understand how to traverse the quagmire between the goals we set and the work it takes to make them happen.

Goals sound easier to hit when they’re in PowerPoint. But they’re much harder to pull-off in real life.

I’ve had goals since I was in third grade and wanted to run faster than Dee Maxon at recess. But I had no clue how to do it. I’ve had hundreds of goals since third grade, and I’m probably at about a 50% success rate – but my success rate is getting better fast.

Here’s the one thing I learned that made all the difference in whether or not I accomplished them. It’s something that Harvard psychologist and best-selling author Amy Cuddy says this the number one thing that keeps people from hitting their goals.

We don’t know how to get there.

That’s the difference between goals and objectives.

Goals create the big picture of where we hope to land down the line. This means you define the destination at which you want to arrive. Goals create your focus and help you know which tactics will take you there.

Objectives, on the other hand, are what you use to create the specific steps to get there. It’s all about the tactical plan that you’ll take to get to your destination.

Goals lead to objectives. Objectives lead to results. And results inform whether or not you’re going to make your goals. 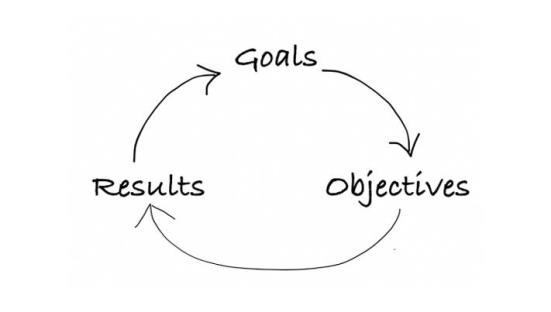 Coming up with objectives to help us hit goals is a skill that we all need to get better at. But we don’t want to fall into the trap of defaulting to the same things we’ve always done. If we can start with objectives that make us stand out in new and creative ways, that’s where the real money’s at.

Having an objective to work toward gives purpose and structure to the new ideas you come up with. The purpose of your objective statement is to decide what problem you want to solve, how it bubbles up to your goal, and then align people around the work that needs to get done – all while thinking just a little bit differently.

There are the three parts to the objective statement I use with teams.

We need to clearly identify what part of our goal we’re working on. This gives a team focus and minimizes SOS (shiny object syndrome). Pick something that is big enough to make a difference but small enough to manage.

Let’s face it, everything would be possible if the sky’s the limit. But we have to be realistic. What are the constraints we need to work within? Budget? Time? Power-hungry Charlie in accounting who vetoes everything? List at least two that you know you’ll need to work with.

It doesn’t matter what area you work in, you have to understand what specific impact you expect to make that contributes to business goals.

Here are some example objective statements…

We need new ideas to differentiate our customer experience, within the next 6 months and for a budget of $500,000 or less, so we can decrease customer churn by 5% by the end of the year.

We need new ideas for how we conduct training over the next year with no budget increase, so we can improve employee skills and become more competitive.

Now it’s your turn. Fill in the blanks below and create your objective statement: 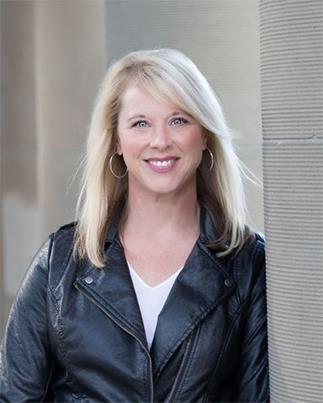 Carla Johnson is a world-renowned storyteller and co-author of Fast Forward Files and will be speaking at the Fast Forward Forum this October in Venice.