Loneliness at the Top: Why Stressed Execs Don’t Seek Help 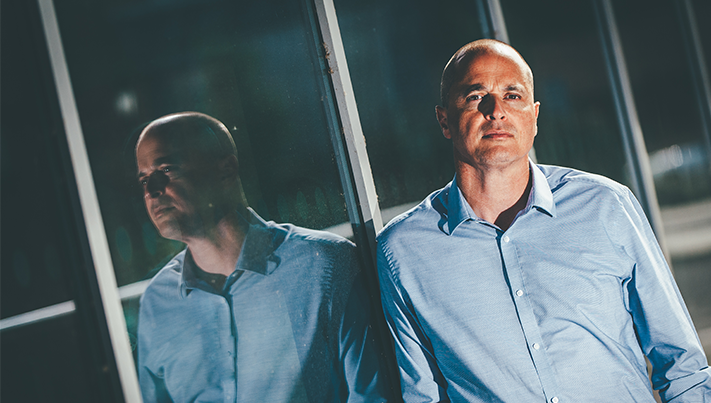 CEOs and senior executives are among the least likely to take part in staff wellbeing programmes. Finola Billings explores why in an interview with emotional resilience specialist and founder of the Calm Execs programme, Julian Hall.

Despite increasing calls for staff wellbeing programmes, one emotional health specialist has discovered that leaders of organisations still regularly dismiss their own health needs. After 21 years working in a high-stress financial services environment, Julian Hall paved a new career path by training as an anger management coach. After struggling initially to even bring the word “anger” into organisations, he rebranded to ‘Calm People’ and now talks instead of “emotional resilience”. But after over 50 years of bringing these emotional resilience programmes to businesses under the banner of Calm People, Julian hit another hurdle. Calm People would need to treat senior management differently.

“I spent a number of years trying to take [anger management] work out into organisations. I realised the brand associated with anger is really, really not helpful because people just don’t want to engage with it”, Julian tells us.

“Some employers don’t like to talk even about stress. And we might have the same workshop running in three different organisations with three different names and those names reflect the different ways each organisation wants to present them. They’re either really into stress or they’re really away from it – so we just change the name accordingly.”

Calm People was pushed to adapt yet again when CEOs and senior executives began to ask if there were any separate programmes for them. When Julian and his team researched why these questions were being asked, they discovered several interesting truths about the inner life of CEOs, as well as about the misconceptions people have about senior management and mental health awareness.

“The second thing we found was that senior executives are less likely to engage in emotional resilience work with other members of their teams because to do that means to acknowledge that you might be able to be vulnerable. They don’t want to be vulnerable with their teams. We needed to develop something that was explicitly tailored to them and help them work on themselves and remain strong without having to acknowledge anything to anybody else.”

The programme, Calm Execs, which has worked with executives in large organisations like LV Insurance and Schroders investment, continues to grow its portfolio and impact with leaders of businesses of all sizes and kinds. When asked about the differing stress levels of senior management in smaller businesses compared to larger ones, Julian points out the need to uphold the image of the leader remains the same no matter the size of the organisation.

“The chances are [senior executives] are probably not that different. If we look at it from the point of the CEO, there has until recently been this idea that the CEO is invulnerable. They are the leader of the organisation. There can’t be anything wrong with them! In all sorts of ways, they’ve got to be perfect and just that image itself brings a huge amount of pressure with it. There are a lot of CEOs and senior executives who think that if they acknowledge that they feel vulnerable sometimes then they give permission to everybody else to do that and their whole organisation will crumble.”

And while others might assume that CEOs and senior executives must have already trained their emotional resilience to get to where they are, the truth can be quite different. The research at Calm People has revealed the key to the problem is in the leaders refusing to acknowledge their humanity.

“Everything we’re doing is about being human. We’re just introducing people to the subject of humanity and then saying let’s just look at your humanity in a little more detail and then let’s see if you can develop some coping mechanisms.

“What we’ve been doing with these executives is raising their awareness and helping them understand that they are allowed to be human. They don’t have to expect they work under inhuman levels of pressure stress and make themselves ill.

“When we start having those conversations with them, they start to realise that they can work on [emotional wellbeing] at the same time as being a really effective, high-performing senior executive.”

Undoubtedly, Julian explains, it is unhealthy and unfounded beliefs that seem to be the pitfall and cause of toxic and stress-fuelled working environments.

“There are a lot of people at the top of businesses saying, “do as I say not do as I do” and any of them who are parents must have learnt that children learn through role modelling but so do employees. And so, if the CEOs is role modelling one particular behaviour but saying something different, you’ve got an unhealthy organisation.”

A senior manager’s lack of self-care does not just lead to an unhealthy organisation, it is also incredibly damaging for the individual. When a CEO’s emotional health problem crosses the border into a mental health issue, the result can be quite dramatic.

“If they don’t deal with emotional health issues that they might be having, and they keep suppressing those, they will turn into mental health issues. And actually, it will become a binary choice one day if they’re not careful – it will become you’re either going to be that or that and you can’t be both. You’re going to have to take some time out.”

So, to raise awareness about the issue, and to help those busy executives who like to think in ‘measurables’, Julian recommends executives make use of Calm People’s quick and free health assessment tool.

“The Mental Health Foundation did a survey in 2018 that said I think 74% of adults in the UK feel overwhelmed at any point in time or different points in time. And we looked at that and said well how many are actually going to the NHS, how many are going actively into psychotherapy and counselling and by stripping those numbers out of it we know there’s at least 11 million people in this country – 11 million adults – that regularly feel overwhelmed and anxious and who don’t get any help.”

“We are not the ultimate panacea, nothing is. The problem is that mindfulness is being promoted as that by a lot of people.”

“You’ve got apps out there that are about things like meditation and guided visualization and their marketing style is, “Look we do meditation. We do guided visualisation. Isn’t it amazing?”. They don’t say they help any particular emotional health disorder in any way. And then at the other end there are some apps out there that are designed specifically for people who feel they have depression or anxiety.

“What pretty much nobody does is ask the question “what’s going on for you?” Answer these questions and then we’ll tell you what we think is going on for you. 94% of the people who have taken out assessment say that it describes them accurately. It’s an awareness tool.”

No matter how senior executives choose to confront their issues, it seems the key is that awareness must be raised to them that help is available. As a final tip to senior executives who might be struggling out there, Julian proposes a breathing tool that’s so simple it’s often disregarded.

“It always astounds me that almost anything we share on the internet, or that we share for free, people then immediately down value it and they never really do anything about it. What I’m going to share is something that’s widely available everywhere, but people don’t engage with it because it’s so widely available. It’s very simply engaging with your breathing. When I want to concentrate more, I focus on my breathing. Literally all I do is I plant my feet on the ground I sit upright I relax my belly and I take nice deep breaths from my abdomen. I want my belly expanding not my chest. And I take a deep breathing for a count of seven and then I pause, and I exhale and count out for eleven. All the time, I’m counting in and counting out, I’ll do that for about 2 minutes. So, anyone reading this, they should try that once an hour.”

The take-away here is that senior executives must not forget their own needs at the expense of their team’s needs. We know of 11 million adults who regularly feel overwhelmed, and Calm People has proven senior management teams of all sizes are amongst them. As Julian puts it, senior executives must remember they are human as well as a leader, and it is possible to be both at the same time.

27
We use cookies and tracking through digital fingerprints on our website to give you the most relevant experience by remembering your preferences and repeat visits. Your information may also be used for personalization of adverts on our website. You can learn more about how we and our 194 partners collect and use your data by reading our Privacy Policy and Cookie Policy. By clicking "Accept All", you consent to the use of ALL cookies and tracking. You may visit "Cookie Settings" to provide a controlled (limited) consent.
Cookie SettingsAccept All
Manage consent