Robots Hiring Humans: New Research Reveals the Importance of Striking the Balance in The Hiring Process 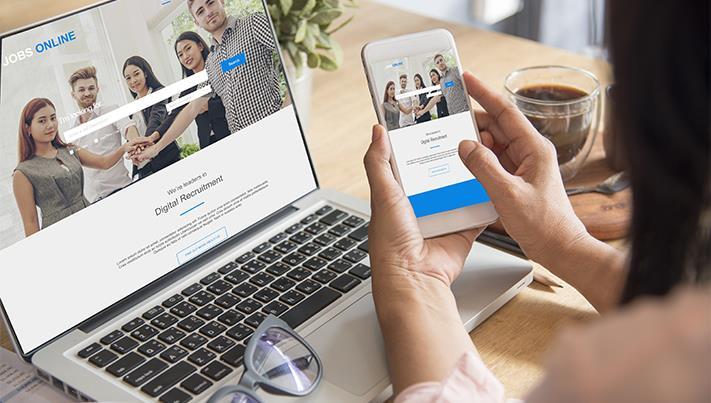 New research into job-seeker attitudes to digitisation, automation and AI in the recruitment process has revealed how job-seekers are cheating recruitment technology platforms, to better their chances of landing a job. Seven in ten (67%) job seekers admitted to deliberately using optimisation strategies to improve their chances of getting a job.

The study, Hiring Humans vs. Recruitment Robots, by recruitment software provider TribePad canvassed the views of over 1,000 employees and job seekers in the UK. The findings revealed a worrying trend: as technology continues to permeate the recruitment and HR industry, job-seekers are looking for ways to game the system.

Of the tactics used, just over a fifth (22%) have searched online to find out how other people have been hired, a similar number (19%) have used buzzwords in their CV in order to manipulate an automated system, 15% have lied or exaggerated about their experience to get an interview, while nearly one in ten (8%) have cheated on a psychometric, skills or other kind of test.

These stats increase considerably among those candidates who understand what an Applicant Tracking System (ATS) is. Nearly nine out of ten (88%) of candidates aware of what an ATS system is, admitted to optimising their CV with keywords and skills they know some automated tools are looking for, while those that are aware are also four times more likely to cheat, by using keywords for skills they may not necessarily have, to increase their chances.

This has meant a similar number (69%) now feel that greater automation in recruitment is useless because people can cheat the system by amending their CVs.

Dean Sadler, CEO of TribePad comments: “There’s no doubt that recruitment technology systems provide huge benefits to employers and the candidates who use them. For employers, who often have to deal with hundreds or thousands of applications per role, they gain time-saving advantages, as well as the ability to filter and search for the best talent. For applicants, ATS’ can level the playing field and reduce bias, offering tech-led solutions such as video interviewing, or blind CVs, allowing them to be spotted and identified based on skills and experience, rather than background.

“But it’s clear that as businesses automate more processes, they have to be wary that they don’t create so many hurdles that candidates try and game the system. It’s human nature to try to find shortcuts or opportunities to simplify processes. But businesses don’t want people who only fit the bill because they’ve arrived in disguise.

“However, this doesn’t mean that businesses should shun tech completely, online applications offer job-seekers the ability to job search at their own convenience. Instead, businesses have to understand more about where tech is most beneficial, and how to balance it with that crucial human touch.”

The findings ratified this sentiment. Despite the negative effects of online applications, over half (57%) of respondents prefer to search for jobs online, which rises to almost three-quarters of people who are not in work (70%).

This gap does however narrow the older applicants get, with just under half (46%) of middle aged workers (40-54 year olds) preferring human interaction, and a 50/50 split between online v. offline for 55-64 year olds.

Within the research, what became clear from respondents is that online has benefits that outweigh applying for jobs in person. For example, an unemployed female aged between 25-39 said that “Online application doesn’t bring up nerves as much as face to face interaction”, while another young female in employment, aged 18-24 said “It’s a bit easier to feel confident behind a screen”. For others, they valued the speed in the online, automated process:  “It gets you to the interview process quicker, also you find out if you’re successful quicker”  said a male, part-time worker aged 40-54.

Sadler concludes: “Online applications are growing in preference because they’re so easy to use. It also makes people feel more confident, they’re able to showcase the real ‘them’ without feeling put off. But these positive feelings will only remain if we can stem the tide of applicants trying to game the system. Businesses therefore have to make sure they apply technology within talent acquisition correctly, and that their hiring teams explain the process better and highlight why it’s beneficial to the candidates.”

The full Hiring Humans vs. Recruitment Robots report published by TribePad, explores how technology, such as AI, automation and more, is changing the face of recruitment and what that means for jobs. It can be accessed here.