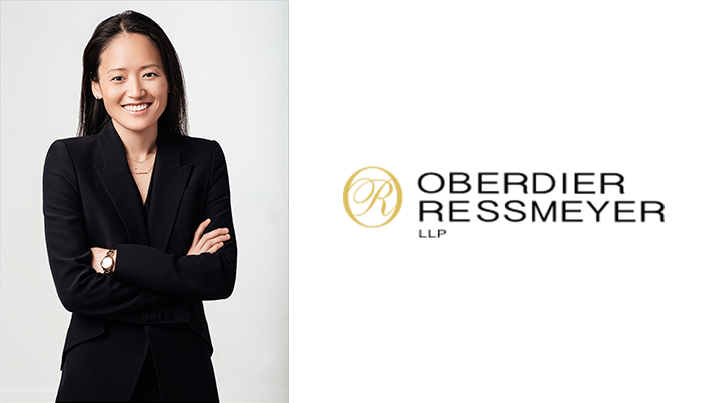 Oberdier Ressmeyer LLP is a New York litigation boutique that provides focused, efficient representation in complex litigations and arbitrations throughout the world. Its founding partner, Kellen G. Ressmeyer, was recognized by Corporate Vision’s 2018 Global Excellence Awards as “Female Lawyer of the Year.” Last year, Corporate Vision’s 2018 Legal Awards named her “Attorney of the Year 2018 – New York.” We profiled Ms. Ressmeyer, who provided us with an inside look at her all-star legal team.

The Firm’s record against the world’s largest law firms attests to its primary mission: winning. Among its recent wins on the defendants’ side are a zero-sum settlement of all claims in three forums against a global asset manager ($130bn AUM) by its former joint-venture partner. It also won an outright dismissal of a large securities class action against China’s largest private equity manager. On the plaintiffs’ side, the Firm represented a bankruptcy trustee in one of the few successful federal civil RICO claims against a consumer bank. It also obtained a favorable jury verdict in a Bivens case (which occurs in only one of 500 such cases). As an expert witness, one of the Firm’s attorneys persuaded a foreign tribunal that a criminal indictment for economic espionage against a foreign manufacturer of titanium dioxide, which had not yet resulted in any verdict, did not justify a contractual counterparty in declaring a contract with the manufacturer void for illegality.

According to Kellen, the formula to the Firm’s success is simple: “We outthink and outwork the other side.”“Typically, our competitors for the cases we handle are the
megafirms—with their accompanying mega-rates and incentives to overstaff. The same firms, which can be up to 1,500 times our size, are also often our adversaries. But our size and structure present certain strategic advantages. We are efficient by necessity. We do not have the luxury of complacency. We are only as good as our most recent win. And we are undefeated against any firm in the V100.”

With respect to the Firm’s culture, Kellen credits teamwork as key to the Firm’s overall success:
“Our wins are very much a function of our streamlined, team-oriented approach. We recruit only from our former summer associate classes and do not have the internal capacity to overstaff. We screen, build,
litigate, and close our cases as a team. We do not have time for, or interest in, hierarchy or bureaucratic formalities, and we have every incentive to leverage the most recent advancements in litigation technology.”

As for the Firm’s future, Kellen looks to its past:
“We do not engage in any formal marketing or business development. From the outset, we have focused 100% of our time on winning cases and let our record speak for itself. So far, so good.”

5
We use cookies and tracking through digital fingerprints on our website to give you the most relevant experience by remembering your preferences and repeat visits. Your information may also be used for personalization of adverts on our website. You can learn more about how we and our 194 partners collect and use your data by reading our Privacy Policy and Cookie Policy. By clicking "Accept All", you consent to the use of ALL cookies and tracking. You may visit "Cookie Settings" to provide a controlled (limited) consent.
Cookie SettingsAccept All
Manage consent