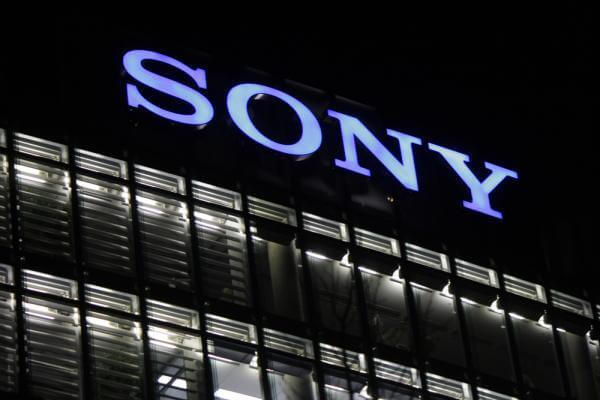 Sony Electronics announced today that it has participated in successful streaming trials of live 4K sporting events, including the first live North American soccer broadcast in 4K by Univision Deportes. These events, streamed live in 4K by leveraging the NeuLion® Digital Platform and delivered over-the-top (OTT) to Sony 4K HDR Ultra HD TVs that have integrated the NeuLion 4K Streaming SDK, were viewable to exclusive audiences at locations in Florida , New York and California. These streaming events, which began in early 2016, will continue through the summer.

“Sony 4K HDR Ultra HD TVs are the logical choice for these 4K events because with our experience in 4K HDR shooting, editing, recording, storage, playback, and transmission, we understand 4K display technology like no other company,” said Sunil Nayyar, Director of Product Marketing, TV and Projectors, North America. “These 4K live streaming tests reveal that the streaming and broadcast of live 4K sports is on its way to consumers in the near future. And Sony’s line-up of 4K HDR Ultra HD TVs are ready today.”

Univision Deportes, the multimedia sports division of Univision Communications Inc. that includes UDN, the No. 1 Spanish-language sports network, produced the first live North American soccer event in 4K for a friendly match between Mexico’s National Team and Senegal that took place at Marlins Park in Miami, Florida on February 10. It was streamed live via exclusively to Sony 4K HDR Ultra HD TVs with the NeuLion 4K Streaming SDK integrated. NeuLion, a leading technology product and service provider specializing in the OTT distribution and monetization of live and on-demand video to Internet-enabled devices, and NEP, a global leader in the remote television industry, partnered with Univision Deportes  to deliver the 4K live stream.

“What makes 4K so exciting is how it enhances the experience for our fans and how we can boost their passion for our sports in a truly immersive way,” Univision Deportes Senior, Senior Vice President of Strategy and Operations, Olek Loewenstein. “Soccer matches are won and lost with lots of detail on the field of play, and with 4K, the fans are closer than ever to the insider experience. The popularity of our Univision Deportes App reveals that our fans are eager for more sports and we are the leader in the soccer fan experience. With the proliferation of 4K-capable devices and content, we are excited to take this first step to deliver a soccer match in 4K with NeuLion and Sony.”

Univision Deportes has more 4K events coming up this year, including producing the final of the Copa America Centerio in 4K. As the lineup of 4K events grows, Univision Deportes and other NeuLion customers are expected to deliver the new 4K services targeting devices like Sony’s 4K UHD HDR TVs.

“NeuLion is very excited to partner with Univision and Sony to create an end-to-end solution for the delivery, monetization and distribution of live 4K video on the world’s most popular devices,” said Dr. Kanaan Jemili, CEO of NeuLion. “These events are proof that live 4K sports are the wave of the very near future.”

Sony Electronics has an unmatched portfolio of 4K technology from the lens to the living room, so it’s no surprise that we’re also in the forefront of 4K live production. Over 20 Sony professional 4K HDC-4300 cameras were used to capture this soccer match. The 4K mobile unit provided by NEP contained numerous Sony production monitors and edit stations, alongside the NeuLion solution for real time encoding and streaming. Delivery of the live match was powered by NeuLion’s end-to-end platform—a robust solution for content management, monetization and distribution—that facilitated the high-quality 4K streaming onto Sony 4K Ultra HD televisions.

Sony Electronics newest lineup of 4K HDR Ultra HD televisions, the XBR-X850D and the XBR-X930D/XBR-X940D series, with exclusive Sony picture enhancing technologies, provide the ultimate experience in viewing 4K and HDR content. HDR content is currently available on Amazon Video, the first video provider to offer titles in HDR. Amazon Original Series HDR content includes the most-streamed Amazon original show ever, The Man in the High Castle, and Golden Globe winning series Transparent and Mozart in the Jungle, as well as movies including After Earth, Fury, Salt, Elysium and more. Netflix was the first to roll out 4K content to the mainstream market and has made a commitment to providing HDR content to its subscribers as well. In addition, the new X850D and the X930D/X940D series will support ULTRA, an app from Sony Pictures Home Entertainment to be launched this year in the US. With ULTRA, consumers can purchase and stream 4K HDR movies and TV shows – the best new and classic titles from the 4K digital library of Sony Pictures – directly on their Sony 4K HDR Ultra HD TV.

Powered by Sony’s 4K Processor X1™ advanced image engine, these televisions deliver a better 4K and HDR viewing experience as well as near 4K HDR Ultra HD quality up-converted from HD sources. Dramatic brightness and black levels bring scenes to life with dark, inky blacks and stunning bright whites. The Slim Backlight Drive™, found in the stand-out X930D series, provides dramatic contrast with X-tended Dynamic Range™ PRO, while the TRILUMINOS™ Display delivers brilliant colour. An ultra-thin design creates an expansive, borderless picture and the optional flush mount system, available in the X930D and X940D series, enables the TV to be mounted closer to the wall than ever before. All of these TVs feature Google’s Android TV™ operating system making your home smarter with access to a growing number of apps and support for IoT (Internet of Things) devices.