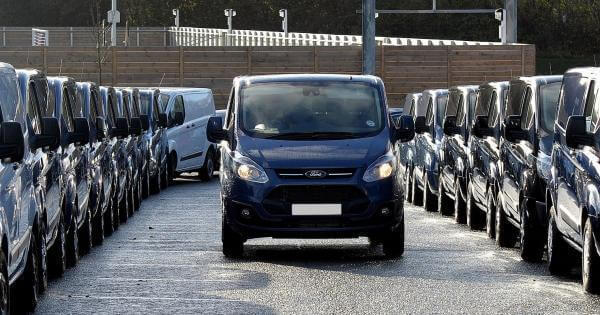 The success of the UK’s booming commercial vehicle sector will be celebrated at this week’s Commercial Vehicle Show, as the latest SMMT figures reveal a record high for van and truck registrations.

108,456 vans and trucks were registered between January and March 2015 – the best quarter on record – as businesses return to the market in their droves. The latest registration figures come as a huge boost to the sector, which is a bellwether for the UK economy, and which suffered badly during the recession. In 2009, just 221,132 CVs were registered – down from 388,488 in 2007. The past 12 months have seen 384,120 registrations, and demand is expected to remain strong in the months ahead.

The recent surge in registrations reflects an upturn in UK economic confidence. With GDP growing, consumers are spending more on goods and services, and businesses are increasingly ready and able to invest in vehicles to deliver them. Some CV operators are returning to the market having held off new purchases during the recession years while attractive finance offerings from manufacturers are also making it easier to invest in the latest, safest and low emission vehicles.

This new-found confidence will be in evidence at the Commercial Vehicle Show in Birmingham’s NEC this week. The UK’s biggest exhibition of vans and trucks, and Europe’s leading international CV show in 2015, will showcase the newest vehicles on the market, fitted with latest high-tech safety and low emissions systems.

Mike Hawes, SMMT Chief Executive, said, “Commercial vehicles are crucial to the functioning of Britain’s economy and these latest figures paint a very encouraging picture. As business confidence grows, demand for the latest vans and trucks is now back to pre-recession levels – outpacing the rest of Europe. This year’s Commercial Vehicle Show promises to mirror this success, with a huge range of new products on show.”

Commercial vehicles play a crucial role in the British economy and in supporting our everyday lives. There are currently some 4.4 million vans and trucks on British roads, delivering 81% of all goods and shifting almost 3,000 tonnes of goods every minute. In 2014 alone, these vehicles covered 61 billion miles in the UK.2

19,000 visitors are expected to visit the Commercial Vehicle show, which will feature exhibits from 450 companies covering the breadth of the industry. Epitomising the renewed confidence across the sector, a range of new products is set to be unveiled at the show, including brand-new vehicles from Citroen, Dacia, Fiat, Mercedes-Benz and Peugeot.

Demand for vans is particularly strong as home deliveries continue to grow in popularity: 97,775 vans have been registered in the past three months – 22.3% up on the same period last year – and annual registrations are now nearing an all-time high.

The UK is also leading the way in Europe. It is the third-biggest market for vans and trucks, and surpassed its two larger rivals, Germany ( 3.4%) and France (-8.1%), for growth in the first two months of the year.3

The strong uptake of the latest commercial vehicles is also positive news for emissions and urban air quality. Since the beginning of 2014, all new trucks have been required to meet the latest European emissions standard known as Euro-6. These vehicles feature filters to capture 99% of particulates and exhaust after treatment systems which drastically reduce emissions of nitrogen oxides. From September this year, all new vans will also have to adhere to the tough Euro-6 standard for light duty vehicles.