Home > All Things Are Possible

All Things Are Possible 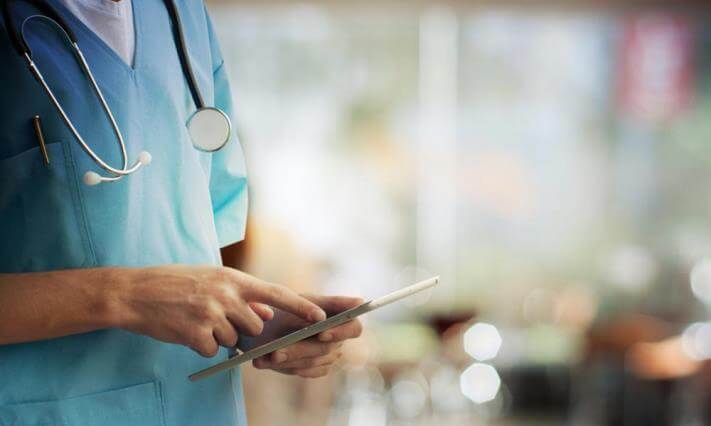 All Things Are Possible

Boston Scientific (BSC) is a Fortune 500 company with $8.4 billion in sales and seven operating divisions, that helps clinicians treat more than 24 million patients each year in a range of interventional medical specialties. As the exclusive winner of the 2017 Regional Business Woman of the Year – Latin America, we invited Maria Galainena Johnson, their first female General Manager to manage an International subsidiary, to tell us more about the company and her role within it.

Boston Scientific (BSC) transforms lives in 100+ countries with 25,000+ employees in 40 offices and 13 manufacturing centres worldwide. Approximately 40% of Boston’s net sales in 2016 were international.

I am humbled and honoured to be named as a 2017 Regional Business Woman of the Year – Latin America, as part of the 2017 Women in Business Awards. I was born in Cuba and my parents and I immigrated to the U.S. when I was a child. They were both in their mid-twenties and had to start their lives over in a new country. They instilled in each of their children the need to do our best and a ‘can do’ attitude. If we were leaving everything behind, we best make this country proud of opening their arms to us. As such, any recognition where I can pay tribute to my roots I accept with honour and pride.

This award is also special to me and BSC because of my personal commitment and the company’s continuous efforts to support women’s development and do our part in reaching gender parity and ethnic diversity. Earlier this year, BSC was recognised for the 2nd year in a row by Latina Style 50 – as one of the Best Places to Work for Latinas in the U.S.

In addition, this year I was named the Executive Sponsor for the Latin American Chapter of our Women’s Network Employee Resource Group. This award recognises not only my professional growth, but the growth of a Latin woman in business. In part I am accepting this award in honour of all my female and especially Latin female peers. It’s humbling because I wouldn’t be here without the support of my peers and the opportunity afforded me by BSC. As a senior female executive, I feel responsible for setting an example for younger women – to continue working with passion and perseverance, to not limit themselves, take risks, and embrace new challenges.

I’ve been at BSC for the last ten years. In that time, I have had Latin American regional responsibilities as well as served as BSC’s VP/ General Manager in Brazil. I also had the opportunity to work on a special organisational design project reporting to the CEO and COO. I am currently BSC’s Vice President, Distributor Channel – Latin America. Our thirdparty channel in Latin America represents more than 50% of all our Latin American Sales. Working with our country level teams, we have grown this channel profitably, faster than the market and provided incremental cash flow despite the region’s economic and political headwinds.
The 2015 McKinsey Business Case for Diversity and Inclusion, demonstrated that companies with gender diversity and ethnic diversity are 15% and 35% more likely to outperform their peers, respectively. To that end, having gender parity and diversity should be goals, because it is both the RIGHT THING TO DO as well as providing higher returns to an organisation. This is a responsibility of all senior leaders.

I believe that our legacy is the team members we attract and develop, as well as our ability to influence and direct the organisation we leave behind. The aspect of my job I enjoy most is attracting, developing and retaining future leaders. Doing so with promising, high potential women is not only a responsibility I have, but one that I have found to be personally rewarding. I always had support and mentoring from both men and women and as such it’s my turn to do the same.

BSC is a wonderful company with a young, dynamic senior leadership team, phenomenal portfolio, and passionate commercial teams. These combined, with the vision set by the CEO, make for a winning combination. Ten years have flown by, because I love what I do and do what I love. Holding the course of our strategic imperatives, I see BSC continuing to grow geographically, expanding access for patients across the globe and transforming the lives of those patients we touch.

I’m lucky because I love my career and of course the patients whose lives we touch, the teams with whom I work and the company that gives me this opportunity. That said, what I am most proud of is being a mom to Eric, a 24-yearold second year law student at American University. As a working mom, you always question whether you are balancing your personal and professional life and whether you are making the right choices / trade-offs.

My biggest validation came when Eric was 16 and asked me for some career advice by asking, “mom what is your job – for real? You’ve been a single mom my whole life, travelled the world, yet I never felt you weren’t there for me and you are always happy.” So many parents complain about their jobs, but you seem to really like what you do.” So, I’m most proud of being a mom and as proud of having done a pretty good job of raising a great kid, fulfilling my dreams and showing him that you can do anything you set your mind to.