JCI Jones Chemicals is a leading international manufacturer and distributor of inorganic chemicals. JCI is the largest re-packager of chlorine, and one of the largest manufacturers of high strength chlorine bleach (Sodium Hypochlorite). Jeffrey W. Jones, Chief Executive Officer. 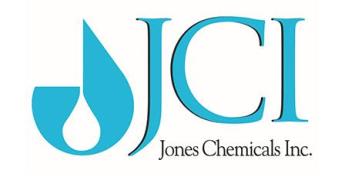 Chairman tells us more about the company’s work, following his success in winning the 2017 US Small Cap CEO of the Year award, as part of the 2017 Small Cap CEO Awards.

JCI was founded by Mr. J.W. Jones in 1930. ‘J.W.’ started the company by making high strength bleach in a bath-tub, in his rural upper New York State garage. Since that beginning during the Great Depression, ‘J. W’s’ son Robert was his successor as CEO, his Grandson Jeffrey is now the CEO and his two great grandsons are co-presidents of the company.

JCI is a Privately held family corporation, with 11 facilities in the United States with its corporate headquarters located in Sarasota, Florida. JCI’s accounts range from Nigeria, Puerto Rico, Jamaica and (16) other ‘foreign’ countries, with an estimated 60% of the United States chlorine market. JCI’s primary products liquid chlorine, bleach and liquid caustic soda which are vital as the disinfectant in municipal drinking and waste water treatment plants throughout the world. Jeffrey begins the interview by providing some fascinating background to the firm’s success during its rich 87-year history and something of his own background too.

“In its 87-year history, JCI continues to receive numerous safety awards and certifications from the industry, municipalities and regulatory agencies. JCI is fully compliant with all domestic and related governmental regulatory agency criteria. With JCI’s vast experience, and proven reliability, I believe that the company can service virtually any entity and anywhere using its products.

“I attended Lycoming College in Williamsport, Pennsylvania. I graduated from The University of Puget Sound in Tacoma, Washington. I have worked my life-time at the company, beginning full-time in January 1976. I became JCI’s President in 1989 and Chairman and CEO in 1993.
“Mr. J.W. Jones passed away in 1986. His son Mr. Robert Jones passed away in 1993. Upon their passing, I was the sole remaining member of a large family active in the company. Several of the remaining family shareholders decided they wanted to have their shares sold or purchased by the company. Unable to do so, the pressure was placed on me to sell the company.

I refused, which resulted in litigation filed in Manhattan Superior Court in New York City, lasting for five years. The matter was resolved in 1998, wherein I agreed to a settlement, personally guaranteeing JCI repurchasing all the outstanding shares from all other shareholders for $51 million. The payments would be made in 80 quarterly payments over a 20-year period.”
This debt caused JCI serious financial concerns Jeffrey underlines. The existing bank called their credit line, and marketing efforts with new banks were extremely difficult due to this large debt. After considerable efforts, JCI settled in with an asset based loan facility, which was fine, yet did not allow JCI to have any cash reserves to grow. Yet, in February of 2017 the final payment was made, and JCI is now engaged in a tremendous growth strategy.

Jeffrey Jones, JCI’s CEO then told us his thoughts on winning the 2017 US Small Cap CEO of the Year award, his largest accomplishment this year and his source of encouragement on the exciting journey of life he has taken so far.

“I am indeed very pleased and humbled with this award. When I began my work at JCI Jones Chemicals, I did not do so for any rewards. My reward remains seeing all the past and present efforts by so many devoted individuals enjoying the security and their own rewards by their efforts at JCI. I am particularly proud of JCI’s success – as evident in our excellent safety record and our customer and employee satisfaction – as well as recognition from the many regulatory agencies charged with setting compliance standards.

“Paying of the large exshareholder debt this year, has perhaps been my largest accomplishment. It provides for my sons and all current and future family and JCI employees a great ‘re-birth’ of our company. We will continue to maintain our market share in the United States water treatment industry while expanding aggressively in the Southern Hemisphere where many countries are in desperate need of clean potable water and waste water treatment. It is my hope that this award and reference to JCI Jones Chemicals to those in need of our products, will bring notice and allow us the privilege to serve you your needs.

“I also give thanks to my Saviour Jesus Christ, who told me back in 1998 to take that ‘leap of faith’ with Him. And to my sons and my dear wife who always have given me the encouragement and have been my moral and ethical ‘compass’ along this amazing journey.”