Home > Lack of Progress in Improving the UK’s Numeracy

Lack of Progress in Improving the UK’s Numeracy 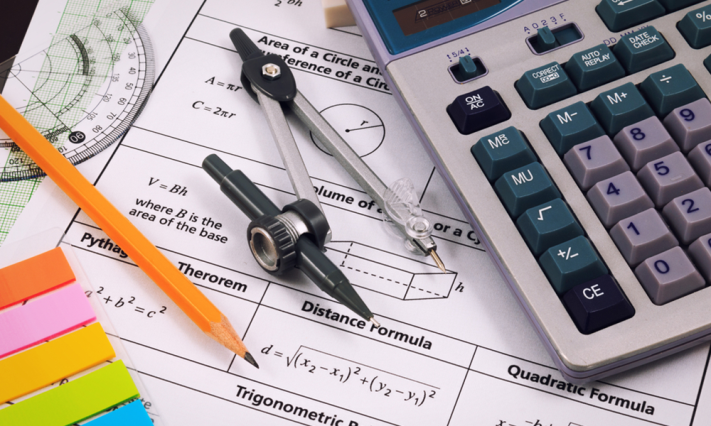 New report highlights lack of progress in improving the UK’s numeracy and signals concerns for productivity in the post-Brexit era.

Charity puts forward new approach to improving the population’s number skills and calls on government and employers to recognise the scale and urgency of the problem.

Poor numeracy remains endemic in the UK with a quarter of adults unable to work out a simple percentage increase in hourly pay rates, according to a new report out today (July 11) from the charity National Numeracy*.

The report, The Essentials of Numeracy: a new approach to making the UK numerate, says that people’s poor numeracy is often not unrecognised and it calls on employers to recognise that some of the millions of people who struggle with numeracy may be in their own workplace. It says that initiatives to improve adult numeracy so far seem to have had little effect and poor maths skills among adults is now too big a problem to be left to the education and training system alone.

The report, supported by the professional service company KPMG, is being launched today at an event at the Bank of England. It draws on a wide range of evidence, including a recent survey carried out for National Numeracy by YouGov and new research from the Money Advice Service (MAS).

The YouGov poll asked 2,000 adults to calculate the new rate of pay of someone paid £9 an hour who receives a 5% pay increase. Almost one in four (23%) were unable to answer correctly. Two further questions – one about simple interest on a savings account and the other about exchanging pounds for dollars – were asked, with only one in six people (17%) getting all three questions correct.*

The poll also revealed that almost nine out of ten people (89%) felt it was important to the UK economy to improve numeracy skills among the general UK population and half of those questioned said they had reasons for wanting to improve their own numeracy and maths skills (49% said they did not want or need to improve).

MAS research to be published later this year will show how poor numeracy – independent of other factors including income – makes people less likely to save money and more likely to use credit badly.

Previous research by Pro Bono Economics estimated that poor numeracy costs the UK (the Exchequer, employers and individuals) £20 billion a year.  Further analysis of this research has put the average cost to an individual with low numeracy at £460 a year.

Against this background, National Numeracy has worked with maths specialists and employers to develop an alternative solution: an explicit, national focus on the ‘Essentials of Numeracy’, that is, the practical maths skills and understanding that everyone needs in order to cope with everyday life and to function well at work.  The charity wants its approach to be embedded within workplaces and is seeking to work with businesses and other organisations to help them identify poor numeracy skills, tackle negative attitudes to maths and support those employees and clients who need to improve.

The resources it offers are based on the charity’s online National Numeracy Challenge which is also available for individuals to use directly. So far around 100,000 people have begun to check their numeracy online using the Challenge and of those who have used the resources available, three-quarters have improved their numeracy. Having seen that it works, the charity now wants to scale up the initiative to reach many more people.

Andy Haldane, chief economist at the Bank of England and a trustee of National Numeracy, said: “Poor numeracy can hit workplace productivity and also has profound economic and social effects for households who fall into problems with debt and financial hardship. Data from the 100,000 who have already engaged with the National Numeracy Challenge shows that improving basic numeracy online at low marginal cost is possible. The Essentials of Numeracy report is a key milestone to begin to tackle these important societal issues. Next, we need to see such initiatives on scale to bring about real improvements to support the economy.”

Mike Ellicock, chief executive at National Numeracy, said: “Now, more than ever, we need new solutions to this very old problem. With Brexit on the horizon, better number skills are a blatantly obvious requirement for upping the UK’s game in terms of productivity. We know that millions of people have a real fear of numbers – but we can help everyone to overcome this and get the Essentials of Numeracy. For this we need people to ‘just do it’, employers to recognise the numeracy deficit within their own workplace and work with us to remedy it. And we want government to acknowledge the scale and urgency of the problem and support us in action to crack it.”

In her foreword to the report, Melanie Richards, vice-chair of KPMG UK, said: “Many of the 17 million adults with poor numeracy are now out of reach to the education system, meaning employers must play their part too. Businesses have a vital role to play in helping the millions of adults held back by a lack of basic numeracy….If we are to solve the UK’s long-standing productivity puzzle, improving basic skills in the workforce will be a key challenge for the business community to tackle.”

Broadcaster and TV mathematician Rachel Riley said: “I make no secret of the fact that I love maths but I also know not everyone is like me and many were thrilled to have left trigonometry and algebra behind in the classroom. But there is some maths that everyone really does need a grasp of to make good, informed decisions both at home and at work, which is why I wholeheartedly support the Essentials of Numeracy.”

*These are National Numeracy’s own calculations, based on the raw data provided by YouGov. The questions are included in a Quick Quiz by National Numeracy. This also includes questions about people’s attitudes to maths and numbers and serves as an introduction to the full Challenge Check-up which allows people to find out if they have the Essentials of Numeracy.