Home > Navigating the Halls of Power

Navigating the Halls of Power 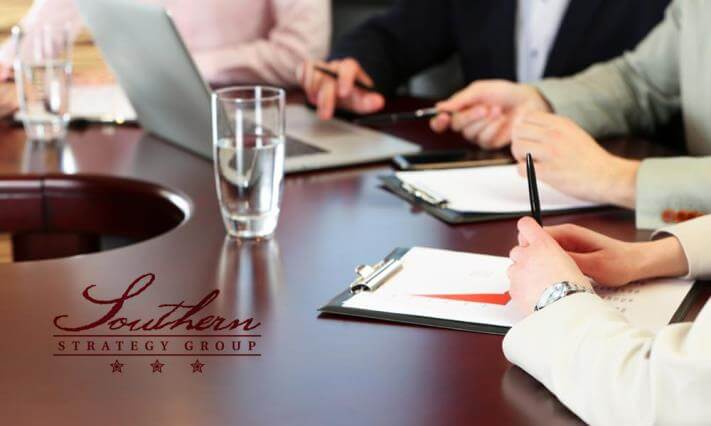 Navigating the Halls of Power

Southern Strategy Group offers unparalleled access to top government decision-makers. As winner of the 2017 Global Business Awards, 2017 Partner of the Year – South Carolina accolade, we interviewed the firm’s Heather Smith to tell us more about her job role and the firm she works for today.

Southern Strategy Group provides unparalleled access to top government decision-makers. The abundance and strength of these relationships make the firm’s team uniquely able to reach key public officials— both elected and appointed— wherever you need them.

Heather Smith tell us more about the role of the firm’s lobbyists, the growth of government and why she thinks the help of specialists is needed for any forwardthinking organisations.

“Our lobbyists are selected from the top ranks of government because they have excelled in that professional arena. They bring with them relationships cultivated over years of public service. As part of our team, they grow and strengthen these relationships within government. Thus, we are connectors. Our team can open doors to ensure your message is heard by the right people.

“In our lifetime, arguably no trend is as clear or important as the growth of government. In good times, the government swells with tax revenue and grows new programs and directives. In bad times, the government spends money in incomprehensibly large amounts to spur the economy. Under any scenario, the unwavering constant is that government grows and with it the complexity and impenetrability of the organisation. It sits atop the most powerful nation and the largest economy in the world, seemingly immune to the cares of and all but unreachable, to lesser organisations.

“Any forward-thinking organisation realises that, when confronted with the monolithic power of government, the help of specialists is needed. Southern Strategy Group was formed for this purpose: To give you a one-stop, turnkey solution to your governmental relations needs wherever they may occur; to push through the governmental wall of indifference and make your voice heard, your opinion known, and to alter the motion of the governmental machinery so that it turns for you rather than against you. That is our purpose and one to which we are passionately committed.

“From local to state government, Southern Strategy Group and its host of affiliated lobbying firms provides you the expert guidance you need to navigate the halls of power.”
Heather Smith, a native of Columbia, South Carolina, is a partner with Southern Strategy Group’s South Carolina office and is keen to reveal something of her career background and current job role.

“Prior to joining Southern Strategy Group, I served as the Director for Legislative Affairs with a large lobbying and association management firm in South Carolina. I have been key in identifying and summarising issues that impact clients, as well as being responsible for developing messages and talking points for clients concerning these issues.

“I have also served in a key legislative staff role at the state level, in the House Judiciary Committee. In this role, I served as the liaison for constituents, lobbyists and other government agencies. I have managed and coordinated press events for state leaders and clients for more than eight years.

“I began my political career by working on various political campaigns. I have worked as a volunteer coordinator on Victory 2006 and was the communications director for Richard Hackerd of Cleveland, Ohio during his campaign for County Council. I reside in Columbia with my husband.”

Heather concludes by telling us about the region the firm is based in and what it offers.

“The Southeast United States, steeped in rich tradition and strong political leanings, has always exerted an out-sized influence on the political history of America. More recently, the influx of people seeking warmer climes and better jobs has boosted the South as an economic power and the long-range projections for population growth make it an attractive choice for families and businesses.

“The politics of the South are complex and subtle. If you can’t tell a Blue Dog Democrat from a Yellow Dog Democrat, and you’re not quite sure how Republicans fit into the mix, then you’re experiencing the political vertigo that even seasoned observers of the political process encounter when dealing with Southern politics.