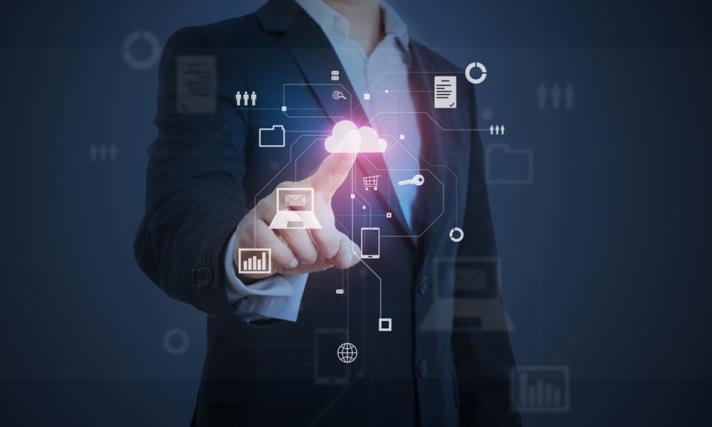 By Alex Tebbs, founder of Unified Communications specialist VIA.

Advancements in technology mean we’re able to communicate with our friends, family, colleagues and customers quicker than ever before. In order for businesses to deliver the best possible customer service, and maintain a competitive advantage, they need to be adaptive to new technologies, especially those that are cloud-based.

Though cloud technology has been around for a while now, there’s no doubt that it’s growing in popularity as more and more companies become aware of its benefits. Cloud adoption is becoming easier, quicker and cheaper than ever before for firms to implement, and massively helps reduce the amount of time and management required for basic business admin.

Cloud computing is also changing the way that companies operate too – remote working is only made possible by the plethora of cloud-based tools available. Advanced business communications have also made it possible for staff to keep in touch via a range of platforms, no longer tied to a phone line but able to utilise unified communication solutions like instant messaging, VOIP and mobile devices.

But as many advantages, as there are, there is still a general lack of understanding around cloud technology which makes businesses hesitant to invest. Here I have highlighted some of the most common myths.

The issue with this statement is that there’s a general lack of understanding of what cloud computing is. Surveys have been completed over the years which reveal the misconception of the cloud being something to do with the weather! The chances are you’re already using the cloud though, and you probably just don’t know it. Google apps including Gmail, Docs, Drive and Calendar utilise the cloud, as do tools like Yammer, Slack, Docusign and Dropbox. Why? Because they are made available over a network (i.e. the internet) rather than requiring businesses to have physical computing resources at their office(s).

This couldn’t be further from the truth! Cloud computing is still in its infancy really, and we’re becoming more and more reliant on it every day. According to this article, almost half of the UK’s small businesses will invest in cybersecurity and cloud computing this year, and the adoption rate amongst medium and large companies is even higher. With increased investment comes more demand for technology businesses to develop new, innovative cloud solutions.

There is a notion that it’s too expensive to move to the cloud, but the reality is if you have plenty of data to store then the cloud is a cost effective option for businesses. Some tools are also free such as Google Drive, which offers users 15 gigabytes of storage, though it does have a premium packages for those who need more than this. Using Google Docs instead of traditional word processing software is not only cheaper, it makes workflows easier to adopt to a flexible environment as all documents are collaborative.

There’s also the belief that moving to the cloud will result in a lot of downtime. This depends on how much data and activity you’re moving to the cloud, and is usually a smoother transition if work with an IT provider. If you’re looking to manage the move internally then you may want to change one process at a time, over a longer time period.

Myth #4 – It will give me less control

Some people worry that if they adopt the cloud then they’ll have to give up a certain level of control. They think that because they can’t see where their data is being stored then they won’t be able to access it whenever they need. In truth, there are plenty of measures you can put in place to ensure control over your storage and use of data, and implementing them reduces the risk of sensitive information falling into the wrong hands. For example, many apps allow individuals to decide who can access, view and edit their information.

With news of data breaches becoming more commonplace in the media, it’s no wonder that businesses are concerned with ensuring they have the highest level of security. GDPR is also a big consideration, which will be in force in just a few months. In 2018, cloud security is the best it’s ever been, with businesses having limitless options for keeping their data safe to comply with legislation. Increased security measures could include end-to-end encryption, two-factor authentication or even a private cloud solution particularly for businesses that need to comply with strict regulations, such as government and educational institutions or FCA compliant companies.

As we can see, the development of cloud-based applications is transforming the way that businesses work. Far from a fad, we expect its adoption to become even more prevalent in 2018 as the cloud continues provide solutions for common business challenges.