Home > The Barriers and Drivers Behind Automation in Finance

The Barriers and Drivers Behind Automation in Finance 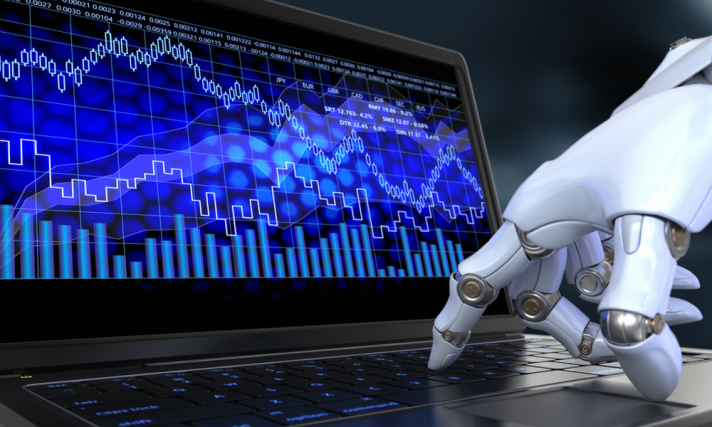 The Barriers and Drivers Behind Automation in Finance

Rob Douglas, VP of UKI discusses the barriers and drivers behind automation in finance. ﻿

Automation is essential for operational growth, but for many businesses, automation can feel threatening—making jobs obsolete and altering workforce skillsets. Finance departments have historically been reluctant to get on board with automation but having realised that their outdated and disparate systems are impacting strategy and agility, CFOs are beginning to see its potential. According to a 2014 research study by McKinsey Global Institute, 34 percent of a financial manager’s time could be automated by adapting current technologies. Success will depend on automating the right things, while also infusing teams with the technology savvy and mindset needed to deliver true business agility.

According to Adaptive Insights’ recent CFO survey, over 40 percent of CFOs say that the biggest driver behind automation in their organisation is the demand for faster, higher quality insights from executives and operational stakeholders. While the speed and timeliness of reporting has always been important, today’s finance leaders are taking a much greater role in running the business. No longer simply meeting compliance and reporting deadlines, they are collaborating with functional leaders across the business to deliver long-range plans that can help deliver greater profitability and managing KPIs on an ongoing basis to track the health of the business.

While a perceived concern relative to automation is the risk to jobs, it often does not eliminate jobs as much as it changes the work. According to the survey, dashboarding/scorecards and planning/forecasting top the list for automation over the next 18 months, yet rank among the lowest areas automated today. For finance teams, this represents a key area for automation as it will likely spell the end for manual data gathering, consolidation, verification and formatting. Today, these non-value-added tasks are estimated to consume almost 80 percent of the finance teams time, leaving just 20 percent for analysis.

As manual, routine processes become more automated, finance teams can expect to have more time for strategic activities like scenario planning, risk assessments, and performance and predictive modelling—the next set of tasks that will greatly be enhanced by artificial intelligence software. The majority of CFOs (89 percent) believe that AI software will have an impact on the finance function in the next five years to help finance more strategically and accurately guide their businesses.

And automation is certainly delivering on its promise. For the most part, 65 percent of CFOs report that automation is meeting expectations—whether that be to deliver faster, more timely insights to stakeholders, making themselves or their teams more strategic, or helping them become more productive. Specifically, CFOs frequently remark that automation has resulted in significant time savings and that it has freed their teams to spend more time on other value-added tasks like analysis. And yet, it is a lack of time that is cited as the biggest barrier to deploying technology by over one-third of respondents, with team skillset and expense rounding out the top three.

However, while CFOs continue to cite time savings as one of the biggest benefits to automation, they also repeatedly highlight improvements in data quality, accuracy and relevancy—all of which have far-reaching impacts on an organisation’s agility and revenue growth. Whether or not this benefit is realised, however, is directly related to the level of automation achieved within an organisation.

Despite two thirds of CFOs saying that automation has delivered the expected benefit, there is still a fairly large percentage that believe it has not. But automation itself is not the problem. Rather, too little automation is often cited as the issue. And that doesn’t just mean technology – skillsets and mindsets also play a part. While teams need technology, they also need to be adept at using that technology and have a willingness to embrace it.

According to the survey, issues today arise when some processes are automated while others are not. Also of significance, a lack of integration prevents users from taking full advantage of systems that are in place. For example, reporting becomes a challenge when data needs to be pulled from disparate systems. And, if this information is exported to Excel to be further manipulated, this adds to the time of creating financial reports.

A recent study comparing companies that had automated at least 70 percent of their business processes to those that had automated less than 30 percent discovered that more automation translated into more revenue. In fact, the highly automated group was six times more likely to have revenue growth of 15 percent per year or more.

When it comes to the human factor, resistance to change and lack of technical savvy inhibit automation deployment. With professional skills top of mind for CFOs in 2018, there are some changes in skills requirements around the bend for finance. Indeed, the drive toward automation promises to have far-reaching impacts on both technology deployment, as well as CFOs’ expectations of team skillsets today and in the future. Whereas two years ago, 78% of CFOs considered proficiency in Excel as the most important skill for their FP&A teams, only 5% feel the same today. Looking ahead, only 7% of CFOs list better Excel skills as important for new hires. Instead, CFOs rated the ability to be adaptable to new technologies as the top skill for new hires, signalling a shift in desired skillsets for finance professionals in the future.

With a combination of both technical savvy and soft skills like analysis, communication and collaboration, finance professionals will be able to deliver on the key drivers toward automation—the need to manage an increasingly complex and growing volume of data, while delivering the strategic reporting and analysis that stakeholders demand.

The future of automation in finance

Moving forward, the CFOs that streamline their processes through automation will be the companies able to deliver the strategic insights needed to address the most complex business issues. Automation has the potential to reveal a path that would otherwise be buried by the day-to-day transactional nature of many finance processes. When combined with finance professionals who are technologically savvy, and adept at communication and collaboration, automation represents the express train to finance transformation—and ultimately—overall business agility.